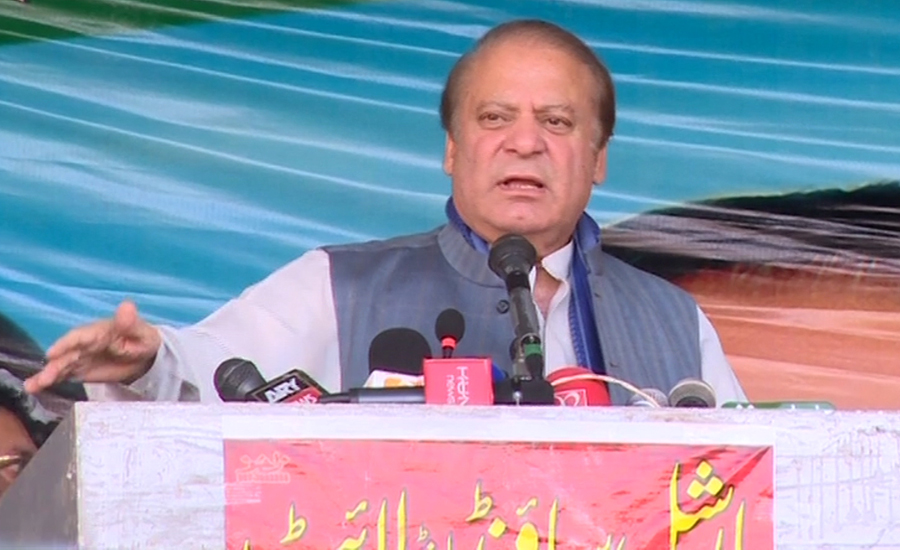 ATTOCK (92 News) – Former prime minister Nawaz Sharif has asked the people to vote for the PML-N to end his disqualification. Addressing a big public meeting on Wednesday, he said that he would not let anyone disrespect the vote. “We ourselves will respect the vote and get it respected from others,” he said. Nawaz Sharif said that he does not face the charge of corruption. “I face the charge of not getting the salary from my son. Do you accept this verdict?” he questioned. PML-N leader Maryam Nawaz said that the former PM has informed why he was ousted. “About 4,000 people were named in the Panama Papers and no one was questioned. One who was not on the Panama list has appeared in 70 hearings,” she said.