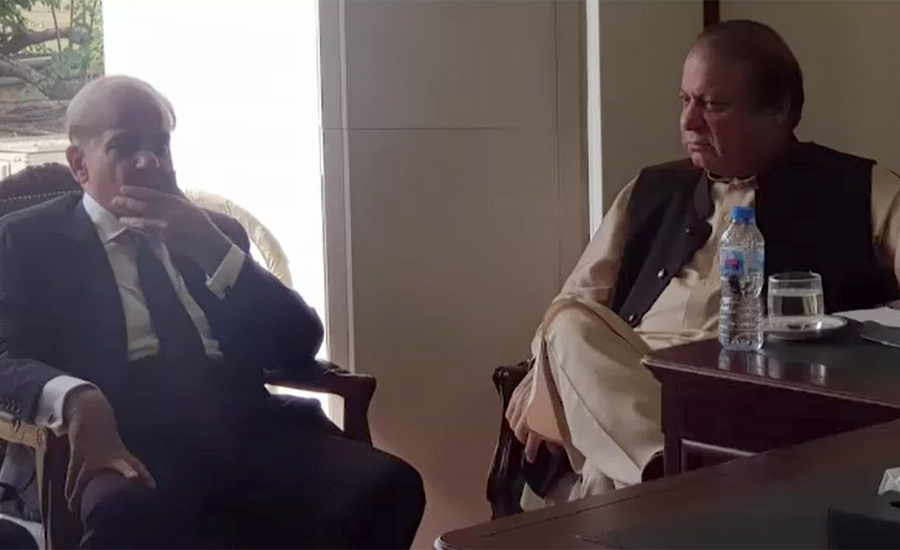 ISLAMABAD (92 News) – Former prime minister Nawaz Sharif called on his brother Shehbaz Sharif, Opposition Leader in the National Assembly, at latter’s residence on Monday. They discussed party matters and political situation in the country. Shehbaz Sharif’s residence has been declared the NAB sub-jail. Earlier, Nawaz Sharif appeared in the accountability court hearing the Flagship reference against him. Meanwhile, a medical board conducted a detailed examination of Shehbaz Sharif who is under the arrest of the NAB in Minister’s Enclave. His blood pressure, ECG and ultrasound were declared normal.