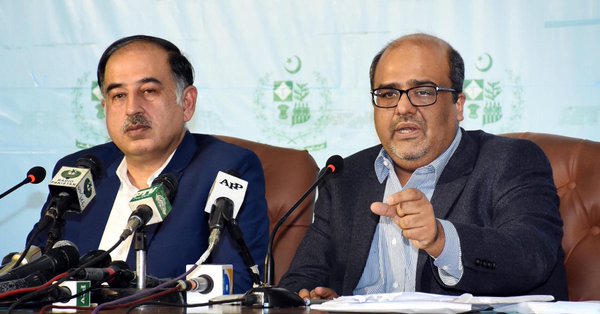 ISLAMABAD (92 News) – Adviser to Prime Minister on Accountability Shahzad Akbar said on Wednesday that former Prime Minister Nawaz Sharif spent 250 million rupees on his private visits abroad from national treasures. Speaking to a news conference along with Special Assistant to the Prime Minister on Media Iftikhar Durrani, he said that the case related to the use of VIP jets has been sent to the National Accountability Bureau (NAB). Shahzad Akbar said that the agreement signed with Switzerland for tracking the bank accounts of Pakistanis is a great achievement. He mentioned that the agreement has enabled us to take data from Switzerland and information will start arriving in next two weeks. The adviser said that the previous governments deliberately avoided signing a MoU with Switzerland in this regard. Speaking on the occasion, Iftikhar Durrani said the government has decided to form an organization to alleviate poverty under the Prime Minister’s 100 days programme. He said that Dr Ashfaq Hassan will be appointed as head of the organization.