Ex-Rabobank traders lose bid in US to overturn Libor convictions 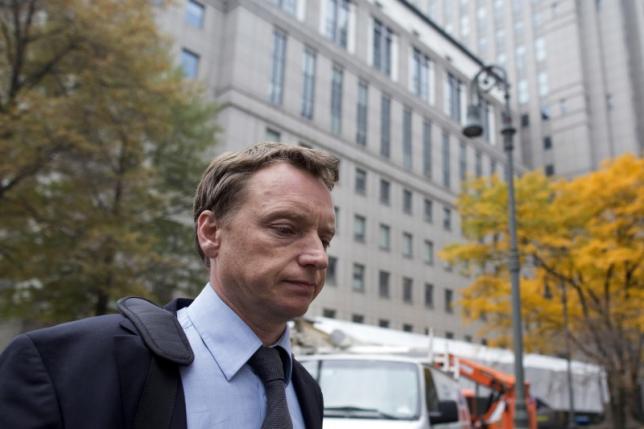 Ex-Rabobank traders lose bid in US to overturn Libor convictions

NEW YORK - Two former Rabobank traders lost a bid to overturn their convictions arising from an international investigation into the manipulation of Libor, the leading global benchmark for pricing financial transactions.

US District Judge Jed Rakoff in Manhattan declined to dismiss the case against Anthony Allen and Anthony Conti, the former traders from the United Kingdom, who argued that their rights against self-incrimination were violated.

The decision came three months after a federal jury in Manhattan found Allen, 44, and Conti, 46, guilty of conspiracy and wire fraud in the first US trial spilling out of a global benchmark rigging investigation.

Prosecutors accused Allen, Rabobank's former global head of liquidity and finance, and Conti, a former senior trader, of engaging in a scheme to manipulate the US dollar and yen Libor rates to benefit the Dutch lender's trading positions.

The men argued the case should be dismissed, having become tainted after Paul Robson, an ex-Rabobank trader turned cooperating witness, reviewed 2013 testimony that Allen and Conti were compelled to give to a UK regulator, the Financial Conduct Authority, in a related probe.

Allen and Conti said Robson's review of their testimony may have influenced any information he provided US authorities or at trial, causing their statements to be used against them in violation of the US Constitution.

But Rakoff said prosecutors had a "more than sufficient independent basis" to bring charges and had demonstrated the evidence Robson presented to jurors "had sources wholly independent from the defendants' compelled testimony."

Tor Ekeland, Conti's lawyer, said he was disappointed and would appeal. Allen's lawyer did not immediately respond to a request for comment.

Libor, or the London interbank offered rate, is a short-term rate financial institutions charge each other for loans that is calculated based on submissions by a panel of banks.

Hundreds of trillions of dollars in short-term interest rates, swaps and other financial products are pegged to Libor.

Allen and Conti were indicted in October 2014, a year after Rabobank reached a $1 billion deal to resolve related US and European probes.

Their trial followed a London trial involving yen Libor manipulation that led to the conviction of Tom Hayes, a former UBS AG and Citigroup Inc trader. His prison sentence was cut in December to 11 years.