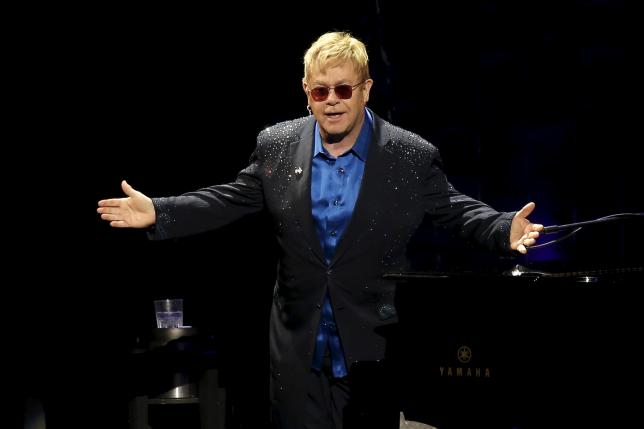 NEW YORK – Elton John's former personal security guard has sued the British singer for sexual harassment and battery in southern California, according to court documents. Unwelcome touching occurred on many occasions over several years since Jeffrey Wenninger began his employment as a personal security guard in 2002, and escalated in frequency and intensity after 2010, the lawsuit said. Representatives for the "Rocket Man" singer, 69, who is married to producer David Furnish, called the lawsuit "baseless." John's attorney Orin Snyder said the lawsuit was "brought by a disgruntled former security officer seeking to extract an undeserved payment. These claims are patently untrue and contradicted by numerous previous statements made by this plaintiff." According to the civil lawsuit, filed on Monday in Los Angeles Superior Court, Wenninger worked as a security guard for John until about September 2014. On three occasions in 2014, while riding in John's vehicle between the singer's homes in the Los Angeles area, John put his hand in Wenninger's pants, tried to grab his genitals, and put his hand down Wenninger's shirt and twisted his nipples, the suit said. John also made offensive, sexually suggestive comments, such as "Say Hello to Uncle Elton," according to the suit. Wenninger tried to verbally and physically resist but John continued the same behavior, the suit said. The lawsuit seeks unspecified damages for physical, mental and emotional distress as well as loss of wages. –Reuters