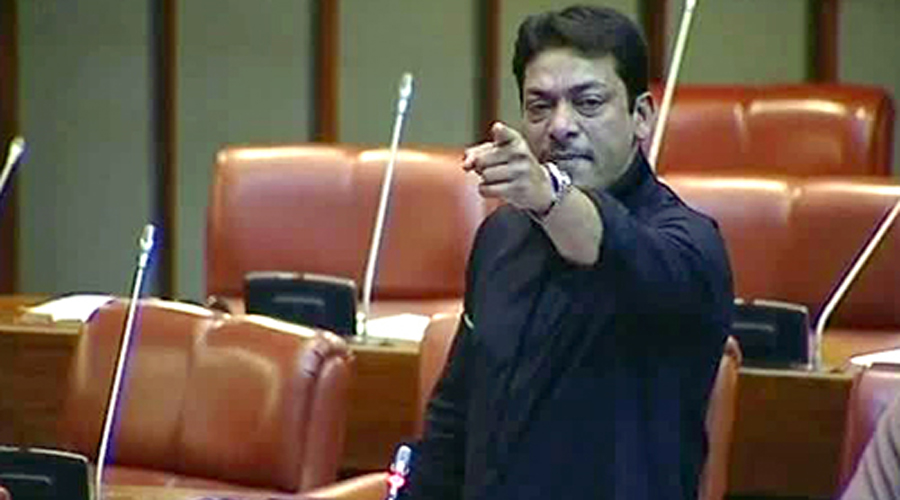 KARACHI (92 News) – The police and Rangers in a joint operation in Karachi’s New Rizvia society held former senator Faisal Raza Abidi late on Friday. Abidi has been shifted to undisclosed location after being nabbed. However, the police and Rangers have also officially confirmed the arrest of the former senator. According to sources, the security officials also searched the house of Abidi and recovered weapons. Abidi will be produced in the court tomorrow.
He has been arrested in connection with Patel Para firing incident in which two persons were killed.