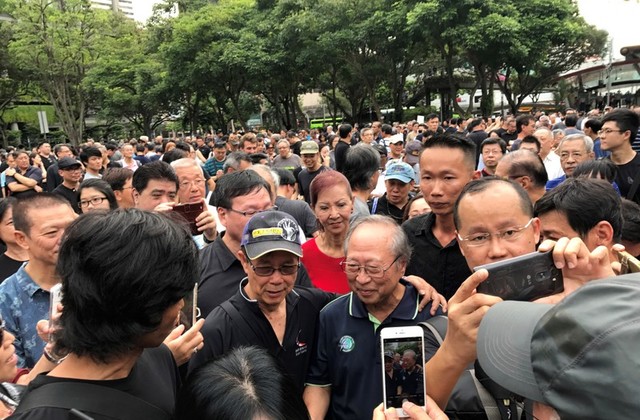 SINGAPORE (Reuters) - A former member of Singapore’s ruling party and presidential candidate said on Friday he had applied to set up a new party, making a return to politics ahead of an election expected as soon as this year. Tan Cheng Bock’s re-entry into politics could boost Singapore’s weak opposition, while the ruling People’s Action Party (PAP) prepares for the retirement of Prime Minister Lee Hsien Loong within the next three years. The PAP has governed the global financial hub since independence over half a century ago, having never seen its vote share drop below 60 percent, and currently holds all but six of 89 elected seats in parliament. Tan held office for the PAP for over two decades until 2006, and shot to prominence by nearly defeating a candidate backed by Lee in the 2011 presidential race. Last year Tan was invited by a group of parties to lead an opposition coalition in the next election, due to be held by early 2021 but which Lee has hinted could come as soon as this year. Prime Minister Lee, the son of Singapore’s founding father, Lee Kuan Yew, is nearly 67 and has said he will step down by the time he is 70. “I have decided to return to politics after a long absence,” Tan said in a Facebook post, adding he had filed an application to register a new party called the Progress Singapore Party. “Though we are setting up a new party, we still look forward to working with others in the opposition who are passionate about putting country first – before either party or self.” The leader of Singapore’s only opposition party with members in parliament, however, the Workers’ Party told a members’ forum on Sunday there is a real risk it could lose all its seats.