Ex-Venezuela soccer official to plead guilty in US bribe case 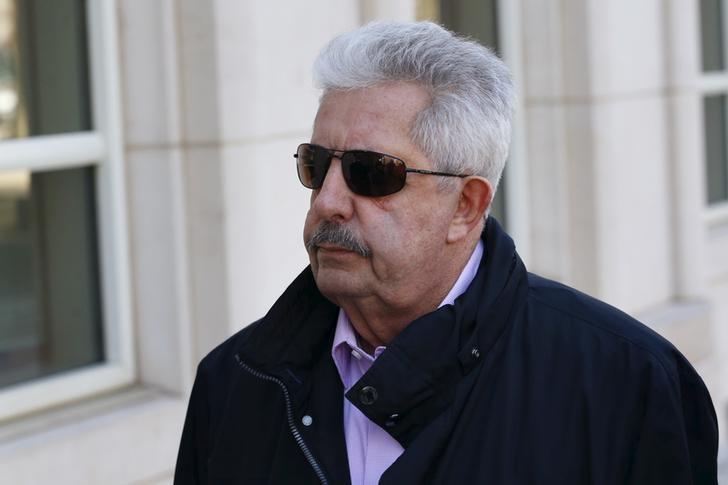 Ex-Venezuela soccer official to plead guilty in US bribe case

NEW YORK - The former president of Venezuela's soccer federation is expected to plead guilty to US charges stemming from a bribery investigation involving FIFA, the sport's world governing body, according to court records filed. Rafael Esquivel, who was also an executive committee member with South American football's governing body CONMEBOL, is set to plead guilty on Thursday in federal court in Brooklyn, becoming the latest individual to admit wrongdoing in the case. Neither a lawyer for Esquivel nor a spokeswoman for the US Attorney's Office in Brooklyn, which is prosecuting the case, responded immediately to requests for comment. Esquivel, 70, is one of 42 individuals and entities charged as part of a US investigation that upended Zurich-based FIFA and the soccer world. To date, 18 people and two companies have pleaded guilty in connection with the probe. Prosecutors said the defendants engaged in schemes involving more than $200 million in bribes and kickbacks that were sought and received by soccer officials for marketing and broadcasting rights to tournaments and matches. Esquivel, who prosecutors accuse of receiving bribe and kickback payments, was among seven soccer officials arrested at a luxury hotel in Switzerland in May 2015, as the US Justice Department unveiled the case. Esquivel, the former president of the Federación Venezolana de Fútbol, the Venezuelan soccer federation, was extradited to the United States in March. -Reuters