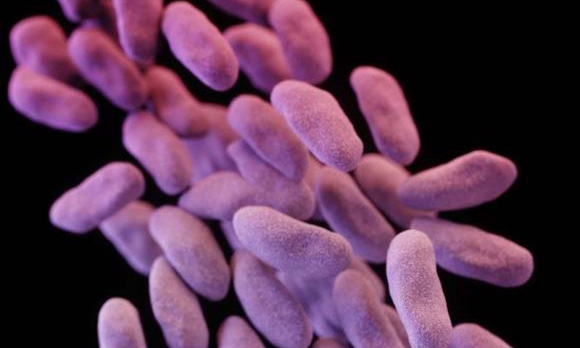 NEW YORK (Reuters) - The US government is close to finalizing instructions to prevent medical devices responsible for transmitting "superbugs" from spreading the potentially fatal pathogens between patients, the scientist leading the effort said. The new protocol for the reusable devices, called duodenoscopes, is being developed by the US Centers for Disease Control and Prevention (CDC), whose disease detectives have investigated duodenoscope-transmitted infections since 2013. In the latest outbreak, duodenoscopes spread antibiotic-resistant bacteria to seven patients at a University of California at Los Angeles hospital, contributing to two deaths. The CDC's guidance would not be mandatory. Only the US Food and Drug Administration has authority to require a manufacturer to include more stringent safety instructions for medical devices. The FDA can also order products be redesigned. The FDA has not taken either step, despite knowing since at least 2009 that duodenoscopes have spread pathogens among patients. But this week it warned the medical community that the devices can transmit superbugs. Though CDC protocols are not mandatory, they carry considerable weight because hospitals that ignore them could be vulnerable to lawsuits. Experts in infectious-disease control welcomed the CDC's involvement, though they said it raised a larger question about the FDA. "If the CDC, which does not have regulatory authority, is doing more (to make duodenoscopes safe) than the FDA, which does have that authority, it raises the question of who's running the ship here," said Lawrence Muscarella, an endoscopy consultant and author of a 2014 paper on the device's pathogen-transmission risk. FDA spokeswoman Leslie Wooldridge said the agency is "actively engaged with the manufacturers of duodenoscopes" and with the CDC "to develop solutions to minimize patient risk associated with" the devices. Duodenoscopes are inserted down the throat during gastrointestinal procedures. Problems arise when the devices, which sell for upwards of $40,000, are not properly disinfected before being used on subsequent patients. The CDC is close to unveiling a detailed procedure aimed at preventing more cases, said infectious disease expert Dr. Alexander Kallen of the CDC. Called a "surveillance culture," the procedure involves swabbing the device after it has supposedly been disinfected and then allowing any microbes to grow into detectable colonies, much as doctors take throat swabs to determine if a patient has a strep infection. The protocol has undergone pilot testing at Virginia Mason Hospital and Medical Center in Seattle with good results, Kallen said. The Seattle hospital reported a duodenoscope-related superbug outbreak last month. "We feel right now that we have a protocol people could use," Kallen said. "Our goal is to have this available very soon if people think this is the right way to go." The duodenoscopes are made by Olympus Corp (7733.T), Fujifilm Holdings Corp (4901.T) and Pentax. The manufacturers have been criticized for failing to redesign the scopes six years after their potential to transmit infections came to the attention of physicians and regulators. Olympus and Fujifilm did not immediately respond to requests for comment. Pentax spokesman Mariano Franco said the company is working with the FDA and others “to determine potential approaches that would contribute to the mitigation of pathogen transmission with duodenoscopes,” but had not yet identified one “that would address these concerns.” In an ironic twist, the CDC protocol would likely increase sales of the devices, according to Muscarella. Waiting for the results of the surveillance culture sidelines an instrument for days, so a hospital would likely need to have extra ones on hand to meet demand for the procedures.