Exit from Brexit? I'd like it, but it's unlikely: German foreign minister 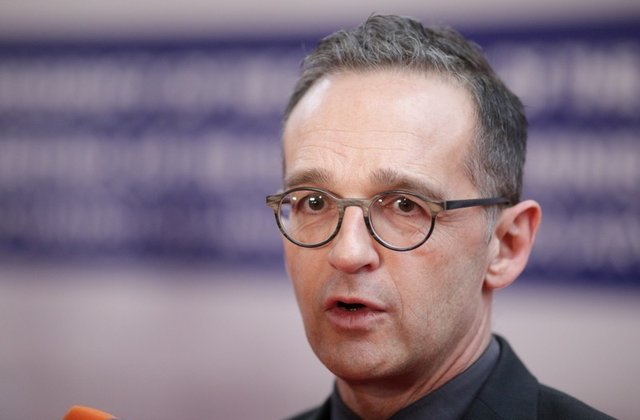 Exit from Brexit? I'd like it, but it's unlikely: German foreign minister

BERLIN (Reuters) - While German Foreign Minister Heiko Maas would like to see an “exit from Brexit” - Britain abandoning its plan to leave the European Union - he said in a newspaper interview on Sunday that he saw such an outcome as extremely unlikely. In the interview with the Funke media group, Maas repeated the EU’s position that the withdrawal agreement thrashed out between Brussels and London, which was rejected by Britain’s parliament last month, could not be renegotiated. He added that Britain’s only path to avoiding a so-called “hard Brexit”, in which London exited automatically on March 29 with no transitional arrangements in place to ensure the continued flow of goods, medicines and transport links, was to accept the existing deal. With less than two months to go until it automatically leaves the bloc, Prime Minister Theresa May’s government has yet to agree an exit agreement or a position on its desired future relationship with the soon-to-be 27-member EU. But Maas rejected British calls for further concessions to be offered to make the deal, negotiated over two years, more palatable to its critics in London. “The agreement we negotiated with Britain is already a compromise - especially regarding the arrangements for Northern Ireland,” he said. “There must not be a hard border to the Republic of Ireland... We cannot risk the Northern Ireland conflict flaring up again.” The lack of progress has led some to call on London to exercise its right to revoke the announcement of its intention to leave that it made two years ago, which would leave it as a full-fledged member of the bloc. Asked if he could envisage this happening, Maas was skeptical. “That’s what I’d like the most,” he said. “But we should have no illusions about this. The likelihood of an exit from Brexit is extraordinarily low.”