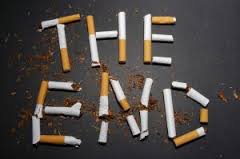 LONDON- A world virtually free of tobacco and its devastating health consequences could be a reality within 30 years if governments showed political will and took stronger action against cigarette companies, health experts said on Friday. The international group of public health and policy specialists, writing in The Lancet medical journal, said sale of tobacco should be phased out worldwide by 2040 and called for a "turbo-charged" international effort against its use. A billion people are forecast to die this century from smoking and other forms of tobacco use if control efforts are not stepped up. More than 80 percent of those deaths will be in poor and middle-income countries. "A world where tobacco is out of sight, out of mind, and out of fashion -- yet not prohibited -- is achievable in less than three decades... but only with full commitment from governments, international agencies, such as United Nations and World Health Organization, and civil society," said Robert Beaglehole of the University of Auckland in New Zealand, one of the experts. Describing a "tobacco-free" world as one where less than 5 percent of adults use it, he added: "The time has come for the world to acknowledge the unacceptability of the damage being done by the tobacco industry and work towards a world essentially free from the... sale of tobacco products." Tobacco kills some 6 million people a year worldwide, according to the WHO. And besides lung cancer, which is caused by smoking and is often fatal, smoking is also a major risk factor for a range of other illnesses. It is the world's leading preventable cause of premature death from chronic conditions such as heart disease, strokes and high blood pressure. The experts said that even a decade after the introduction of the WHO's Framework Convention on Tobacco Control (FCTC), only 15 percent of people globally have adequate access to programmes to help them stop smoking and fewer than one in 10 people are covered by tobacco taxes at FCTC recommended levels. In the same period, 50 million people have died due smoking and tobacco-related diseases, they said. - Reuters