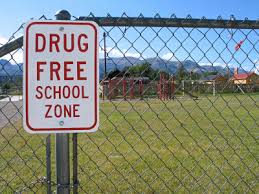 NEW YORK – Schools should not be using random drug tests to catch or deter drug abusers, the American Academy of Pediatrics advises in an updated policy statement.

The Academy recommends against school-based “suspicionless” drug testing in the new issue of the journal Pediatrics.

Identifying kids who use drugs and entering them into treatment programs should be a top priority, but there is little evidence that random drug testing helps accomplish this, said Dr Sharon Levy, director of the adolescent substance abuse program at Boston Children’s Hospital and lead author of the new policy statement.

“Evidence on either side is very limited,” Levy told Reuters Health by phone.

One study did find a short-term reduction in kids’ self-reported drug use at a school with random testing, but the kids were followed for a relatively short period and reductions in use applied only to the drugs included in the testing. This is a problem since most drug testing panels do not include alcohol, Levy said.

“It’s possible that you do get some prevention out of these programs, but on the other hand it seems very expensive, very invasive, and has pretty limited results,” she said. Adolescent drug use is usually sporadic, so even a kid who does use illegal substances may easily pass a random annual test and then feel comfortable to use freely for the rest of the year, she said.

Drug tests can result in false positives, and even a true positive says nothing about frequency or quantity of drug use, according to Ken C. Winters of the psychiatry department at the University of Minnesota Medical School in Minneapolis, who is not in the AAP.

Testing alone is not a vehicle for behavior change, Winters told Reuters Health by email.

The tests may also uncover traces of students’ prescription medications, which may be a violation of their privacy, Levy noted.

Drug testing does have a place as part of a treatment program for kids who’ve been diagnosed with substance use problems or disorders, Levy said, but it is not appropriate for general screening.

The statement should lead schools with a random drug testing policy to reconsider. It’s not clear, however, how common the practice is.

“Turns out that it’s incredibly difficult to find out how common it is, it’s a decision made by individual school boards and local towns and that’s not published information,” Levy said.

Confidential self-reported screening for drug use has actually been relatively successful, and is much less expensive to implement, she said.

When kids do test positive for drugs at school, they often face punishment, when the focus should be on evaluation and intervention, she noted. The AAP supports school involvement in preventing, identifying and intervening to reduce adolescent substance use.

“One of the big difficulties that forms the basis of much of my research is, what do we do with kids who have substance use disorders who need more than a primary care program but less than a rehabilitation program,” Levy said. “There’s not a lot in the middle.”

“We absolutely think that schools could have a really major role in the whole spectrum of care in substance use disorders,” Levy said. –Reuters