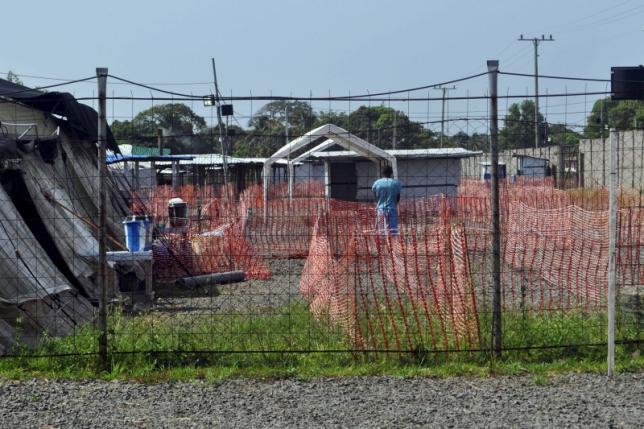 LONDON – The World Health Organization (WHO) has declared the Ebola emergency over, but action is still needed to fully develop effective vaccines and prepare the world for future outbreaks, experts said on Thursday. Great progress has been made in Ebola vaccine development in the last two years, according to a report by an international panel of infectious disease experts, but this "could grind to a halt as memories of the outbreak in West Africa begin to fade". "The job is still not done," said Jeremy Farrar, director of the Wellcome Trust global health charity which co-led a report on the world's progress toward Ebola immunization. "As Ebola infection rates come under control it's a huge concern that complacency sets in, attention moves to more immediate threats and Ebola vaccine development is left half-finished." The WHO said on Tuesday that West Africa's Ebola outbreak, which began in Guinea in late 2013 and killed more than 11,300 people in almost 20 months, no longer constitutes a threat to international public health. During the epidemic, a total of 13 Ebola vaccine candidates - including different combinations of shots - were tested in early- and mid-stage clinical trials. Several drugmakers, including Johnson & Johnson , Merck and GlaxoSmithKline moved potential Ebola vaccines well into the clinical trial process, and three late-stage, or so-called Phase III, trials were initiated in Africa - one each in Guinea, Liberia and Sierra Leone. Trials of one vaccine, Merck’s rVSV-ZEBOV, progressed far enough to show in trials that it is safe and effective, prompting GAVI, the global vaccine alliance, to buy 300,000 doses as a stockpile for use during future Ebola outbreaks. UNANSWERED QUESTIONS Yet so far, no Ebola vaccine has been submitted for regulatory review and the expert panel said there are still too many unanswered questions about Ebola vaccines. Michael Osterholm, director of the Center for Infectious Disease Research and Policy (CIDRAP) at the University of Minnesota in the United States and a co-author of the report, cautioned the global health officials against believing the progress made had "solved the problem of Ebola". "The path forward is not quite so simple, and many unresolved challenges and questions remain," he said. These include gaining continuing trials to get more data on the safety and efficacy of various Ebola vaccines and engaging African public health leaders to clarify how vaccines can be used or evaluated in new outbreaks. "After the hard lessons we've learned, it would be a tragedy not to put a final stop to the current Ebola epidemic and be prepared for the next outbreak," said Farrar. –Reuters