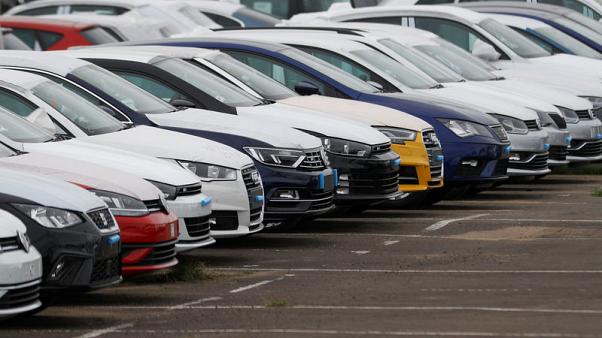 LONDON (Reuters) - British car production rose by an annual 3.5 percent in October as an increase in demand from abroad outweighed a decline in output for domestic buyers, an industry body said on Thursday.

Factories churned out 157,056 cars last month, with exports rising 5 percent as domestic demand fell 2.9 percent, according to data from the Society of Motor Manufacturers and Traders (SMMT).

But he said it remained a concern that domestic sales, on course to fall this year for the first time since 2011, had been hit by weak consumer confidence since the Brexit vote and uncertainty over government plans to cut pollution, affecting output.

“It’s important that confidence is restored to the new car market, as sales of the latest cleaner, greener cars not only address air quality concerns but speed up activity on factory lines across the UK,” he said.

On Wednesday, Britain said it would hike vehicle excise duty, a levy paid by British drivers, for the most polluting new diesel cars first registered from April next year, in a further blow to the segment.

Last year, UK production reached a 17-year high of 1.72 million cars and had been expected to rise strongly again this year on course to beat an all-time record of 1.92 million vehicles by the end of the decade.

But on Thursday, the SMMT said output would now only marginally rise to 1.73 million this year, according to an independent report it had commissioned, held back by model changes and falling domestic demand.