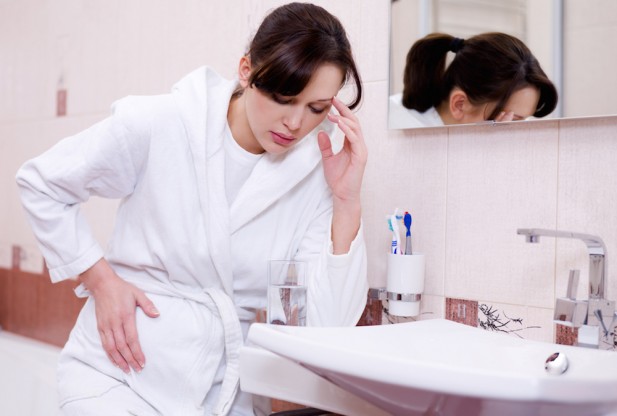 CALIFORNIA - The children born to women who suffered severe nausea and vomiting during pregnancy are more likely to be diagnosed with neurological developmental disorders, according to a small US study. Compared to children of women without such severe morning sickness - formally known as hyperemesis gravidarum - children who were exposed to the condition while in the womb were more than three times as likely to be diagnosed with attention and sensory disorders and learning and language delays by age eight, researchers report. Early onset of the nausea and vomiting - within the first five weeks of gestation - was significantly tied to the likelihood of a child having a developmental delay. While the researchers can’t say exactly why the mothers' extreme nausea in pregnancy would affect the children years after birth, the lead author said it may be related to the influence of nutrition on very early development of the embryo and fetus. “What we did find is that very early symptoms do seem to increase risk,” said Marlena Fejzo of the University of California, Los Angeles, and the University of Southern California. “The theory would then be women who get symptoms very early are getting nutritional deficiency and dehydration and that’s leading to the problems.” Hyperemesis gravidarum is rare, Fejzo and her coauthors note in the European Journal of Obstetrics and Gynecology and Reproductive Biology. Past studies have estimated rates at anywhere from 0.3 percent of pregnancies in Sweden to almost 11 percent in China. More than 285,000 women a year in the US are discharged from hospitals after being treated for the condition, they write. The condition gained attention in 2012 when Kate, the Dutchess of Cambridge and wife of Britain’s Prince William, was hospitalized with hyperemesis gravidarum while expecting their first child. In October 2014, William’s office confirmed that Kate experienced the condition again early in her pregnancy with the couple’s second child. While women may have nausea and vomiting during pregnancy, Fejzo said it’s extreme in hyperemesis gravidarum. One indicator of the condition's severity is that women lose 5 percent or more of their body weight from nausea and vomiting, she said. For the new study, the researchers compared medical records and survey responses regarding 312 children born to 203 mothers with hyperemesis gravidarum and 169 children of 89 mothers without the condition. The children were – on average – about eight years old. About 49 percent of children exposed to the condition had some kind of neurodevelopment delay, compared to about 22 percent of children not exposed to hyperemesis gravidarum, the researchers found. Rates varied by type of delay, however. For example, about 19 percent of children exposed to hyperemesis gravidarum had attention deficit disorder or attention deficit hyperactivity disorder, compared to about 6 percent of unexposed children. And, about 24 percent of exposed children had a speech or language impairment or delay, compared to about 2 percent of unexposed kids. While there is an increased risk, Fejzo said it’s important to note that most children did not go on to have problems. “The majority of women should not be concerned about this,” she told Reuters Health. “It’s important to be aware, but I don’t think it’s cause for alarm at this point.” Also, she said, it’s important to note that none of the treatments used to treat the condition were connected to the outcomes. Fezjo and her coauthors did not have information about other factors that are known to influence fetal development, such as the mother's smoking, drinking or drug use. Some pregnant women with hyperemesis gravidarum require intravenous fluids, said Dr. Loralei Thornburg, who was not involved with the new study. Some women may also need a feeding tube inserted through the nose, and medications. The new study doesn’t say whether early treatment may reduce the risk of these neurologic delays, said Thornburg, a high-risk pregnancy expert at the University of Rochester Medical Center in New York. “Certainly this warrants investigation and warrants learning whether early treatment actually decreases this risk,” she said. “In general, most people go on to have a healthy pregnancy and go on to do well,” she said, but pregnant women should contact their doctors if they think their nausea or vomiting is out of proportion to their tolerance and they can’t keep anything down. - Reuters