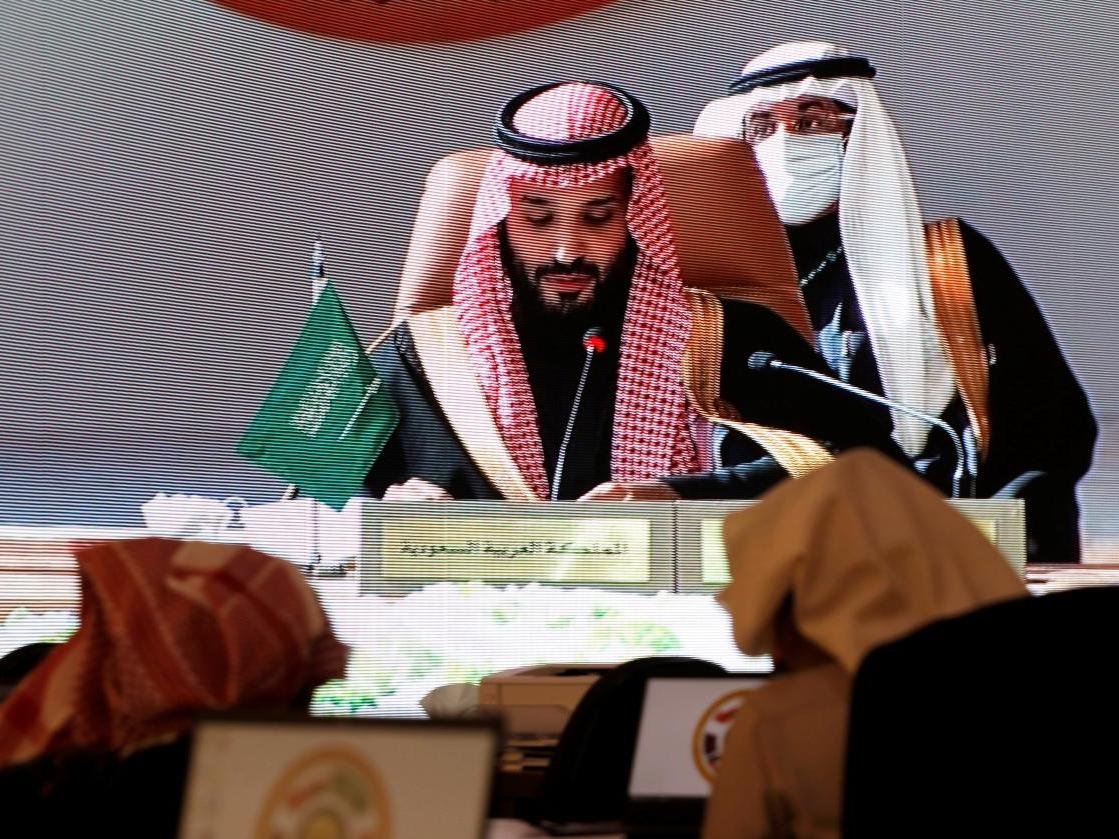 Prince Mohammed embraced Qatar’s emir, Sheikh Tamim bin Hamad al-Thani, on the airport tarmac in the historic Saudi city of al-Ula, an important signal of hopes to bury a conflict between major US allies in the Middle East two weeks before President-elect Joe Biden takes office.

Leaders of the Gulf countries signed a document, although the contents were not immediately released.

Ahead of the gathering, Kuwait had announced that Saudi Arabia, which along with allies boycotted Doha in mid-2017, would reopen its airspace and borders to Qatar. A senior US official said the deal would be signed in the presence of White House senior adviser Jared Kushner.

Kushner, tasked by US President Donald Trump, his father-in-law, to work on the Gulf rift, was seen in the room in televised footage as Prince Mohammed delivered the opening speech.

“These efforts ... led to the al-Ula agreement which will be signed at this blessed summit and which confirms Gulf, Arab and Islamic unity and stability,” Prince Mohammed, the kingdom’s de facto ruler, said without elaborating on the deal.

He said the threat posed by Iran’s nuclear and ballistic missile programmes and it’s “subversive and destructive plans” necessitated “serious action” by the global community.

His father, King Salman, who chaired the last annual gathering, was not seen during the opening session of the summit held in a mirrored building reflecting the desert landscape.

The apparent breakthrough in the Gulf row is the latest in a series of Middle East deals sought by Washington to close ranks against Iran, following agreements between Israel and Arab states. It also suggests Saudia Arabia wants to put the feud with Qatar behind it before Biden takes office.

While Riyadh made clear it intended to lift the embargo, the other three states did not immediately comment on the issue. But the U.S. official said “it’s our expectation” they would also join and that Doha will suspend lawsuits related to the boycott.

Kushner was making phone calls on the emerging deal until the early hours of Monday, the US official said.

Diplomats and analysts said Riyadh was pushing reluctant allies to show Biden that it is open to dialogue. Biden has said he will take a harder line with the kingdom over issues including its human rights record and the Yemen war.

“This (deal) is seemingly influenced by a desire to pre-empt pressure from an incoming Biden administration, more than a genuine commitment to conflict resolution,” said Emadeddin Badi, nonresident senior fellow at Atlantic Council.

“The détente within the GCC is very unlikely to significantly affect geopolitical dynamics beyond the Gulf.”

All the states are US allies. Qatar hosts the region’s largest U.S. military base, Bahrain is home to the US Navy’s Fifth Fleet, and Saudi Arabia and the UAE host US troops.

Qatar says the boycott aims to curb its sovereignty.

The other countries had set Doha 13 demands, including closing Al Jazeera TV, shuttering a Turkish base, cutting links to the Muslim Brotherhood and downgrading ties with Iran.