Eyes on the dollar with stocks out of the hole 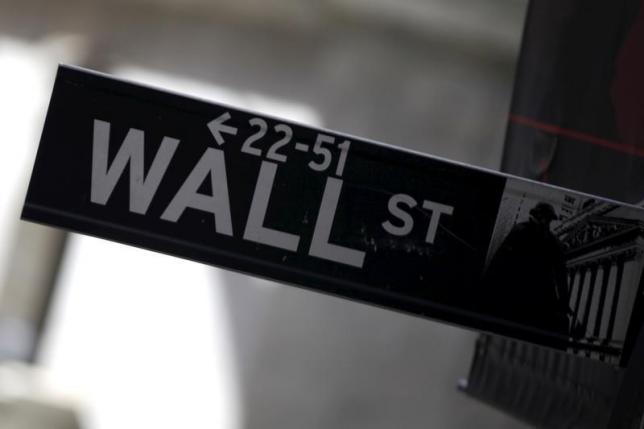 Eyes on the dollar with stocks out of the hole

NEW YORK – US stock market investors will be watching currency markets next week for signs that the recent, related trends of a weakening dollar and a strengthening stock market will continue. After a historically bad start to the year, the Dow and S&P 500 both moved into positive territory this week, in part on expectations that a 3-week move down by the dollar could buoy corporate profits and share prices. Many investors had been concerned over the dollar's strength, as it can crimp exports, earnings and economic growth. Between Sept. 17 and mid-February, the dollar had risen more than 2 percent against a basket of major currencies, as the U.S. Federal Reserve embarked on a tighter policy while other central banks were easing. But the S&P 500 .SPX has rallied about 9 percent off its Feb. 11 low to pull the index into positive territory for the first time this year, fueled in part by a drop in the dollar .DXY, which has fallen more than 3 percent over the last three weeks. The dollar's losses accelerated this week in the wake of the Fed's policy statement on Wednesday, which cut projections for the number of interest rate hikes this year in half. The dollar suffered its biggest two-day drop in six weeks following the announcement. That drop helped propel sharp gains in oil CLc1LCOc1 prices, back above the $40 mark for the first time this year, in turn lifting energy shares .SPNY. "After we get through this two-day hiccup, the knee-jerk to the policy move, I would expect the dollar to resume its rally," said Michael O’Rourke, chief market strategist at JonesTrading in Greenwich, Connecticut, who highlighted the difference in U.S. interest rates versus the ECB and Bank of Japan. "Our policy rate is going one way, theirs is going the other way, that spread is going to continue to widen, no matter what." But Thomas Lee, managing partner at Fundstrat Global Advisors in New York, expects the dollar to continue to weaken as he believes it is more tied to inflation than central bank policies. With dollar strength and oil weakness a headwind for equities in 2015, Lee feels the reversal of those moves should be a benefit for stocks. "We can build upon the gains from here," said Lee. "If inflation is getting stronger, the U.S. dollar should weaken even more and that is an even bigger support for stocks." With a short trading week ahead of the Easter holiday, volume is expected to be light as markets move closer to the Good Friday holiday, when the final reading on fourth-quarter gross domestic product is released. Other economic data scheduled for release include February durable goods and several manufacturing surveys. Investors will be looking for signs of improvement after regional manufacturing surveys for New York and Philadelphia this week came in above expectations. While regional Fed surveys on their own can be considered minor, when taken as a whole they give investors a good idea of "whether we are off that bottom in terms of manufacturing," said Quincy Krosby, market strategist at Prudential Financial in Newark, New Jersey. "We want to see if it continues across the country." –Reuters