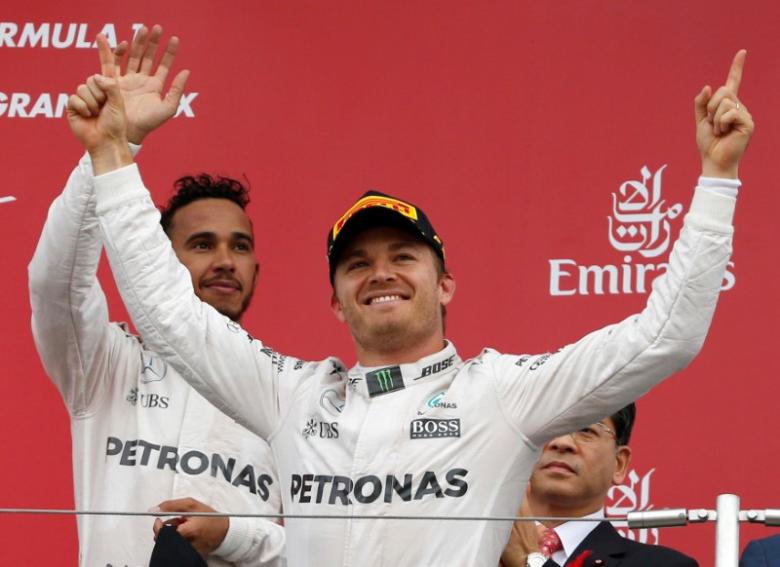 AUSTIN - Nico Rosberg closed his ears to negative thoughts and title talk on Thursday, even after Mercedes team mate Lewis Hamilton said he would 'take it like a man' if he lost his Formula One championship to the German. The overall leader refused to rise to the bait when asked whether he would see it the same way if triple champion Hamilton, now 33 points behind with four races remaining, turned things around and beat him. "I haven't thought of that because I am planning to go for more race wins at the moment and that's it," the German told reporters at the U.S. Grand Prix. "And definitely such negative thoughts I will fully avoid. There's no point, that's not going to make me faster this weekend to think how am I going to feel if I lose. That doesn't work." Rosberg has won nine races so far, to Hamilton's six, and has been repeating a mantra of taking each race as it comes without thinking of any bigger picture. He needs no reminding of how close he is to becoming only the second offspring of a champion to take the title, after Britain's 1996 winner Damon Hill, but he is also determined to take one step at a time. "It's business as usual this weekend," he said on his return to the track where last year he made a mistake while leading and handed victory and the title to Hamilton, who has a great record in American races. "Why lose energy and think about something that's still miles away and can or cannot happen? Better just stay in the moment and make the best of it. "You can choose what you think about, can't you," he continued. "I choose to think about Austin and the weekend that I have here ... I don't suppress it, I just go for something else." Rosberg, who won the last three grands prix of 2015 and first four of 2016, need only finish second in every remaining race to secure the title but he banished that thought from his mind as well. "I definitely don't put any thought into that at all," he said. "I'm going for the win here this weekend, I'm not trying to bring home any second places. "I will try to push for the win, 100 percent all the way until the chequered flag." -Reuters