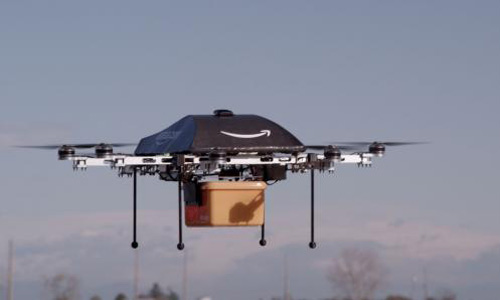 WASHINGTON - The U.S. Federal Aviation Administration plans to unveil new steps soon to make it easier for companies to use drone aircraft for specific business operations, according to people with knowledge of the matter. Commercial drone flights are generally banned in the United States, except in a small number of cases where the FAA has granted an exemption. The has agency received more than 750 requests for exemptions to the ban, but has awarded only 48. Now the U.S. aviation regulator intends to streamline the process by no longer requiring companies with exemptions to obtain a new certificate of authority for each new use of a drone, the people familiar with the matter said. The FAA could announce the change next week, ahead of a congressional hearing on drones scheduled for Tuesday, these people added. The FAA had no immediate comment. The agency has been taking measured steps to ease restrictions on commercial use of drones. The change in policy could be a positive signal to a wide swath of companies that are pushing for federal regulators to remove barriers to commercial uses of automated aircraft, and help foster growth of an emerging sector of manufacturers and service providers built around drone technology. The rule changes also would be a boost for companies that already have exemptions from the commercial drone ban, such as Chevron (CVX.N), Berkshire Hathaway's BNSF Railway Co (BRKa.N), State Farm Mutual Automobile Insurance Co, and a number of film and media companies. Those companies could get more flexibility to use pilotless aircraft for rail and pipeline inspections, crop surveys and aerial photography for commercials or movies. Companies awaiting exemptions from the overall ban could also benefit, including Amazon.com Inc (AMZN.O) and Yamaha Motor Co (7272.T). On Thursday, Amazon got FAA clearance to experiment with drones at an outdoor facility in Washington state under a different set of federal rules. Amazon hopes to develop drones capable of delivering packages to customer doorsteps. Industry lobbyists have criticized the current process as too slow. Companies with approval to fly unmanned aircraft must obtain government permission each time they intend to use drones for a new project. They must fill out and get FAA approval for a two-page "certificate of authority" before each flight specifying where, when and how long the drone will fly. The process of authorizing specific flights has bogged down, said Mark Dombroff, a partner in the drone practice of McKenna, Long and Aldridge. In one case, Dombroff said, applicants sought permission to fly over an area of land, but the FAA "wanted us to apply for every farm individually." FAA Administrator Michael Huerta told industry representatives at a recent meeting that his agency was moving to streamline the process, the sources added. In February, the FAA proposed rules that would lift the current ban on most commercial drone use. But industry representatives say it could be years before the ban is lifted, leaving businesses to follow the cumbersome exemption process for now. - REUTERS