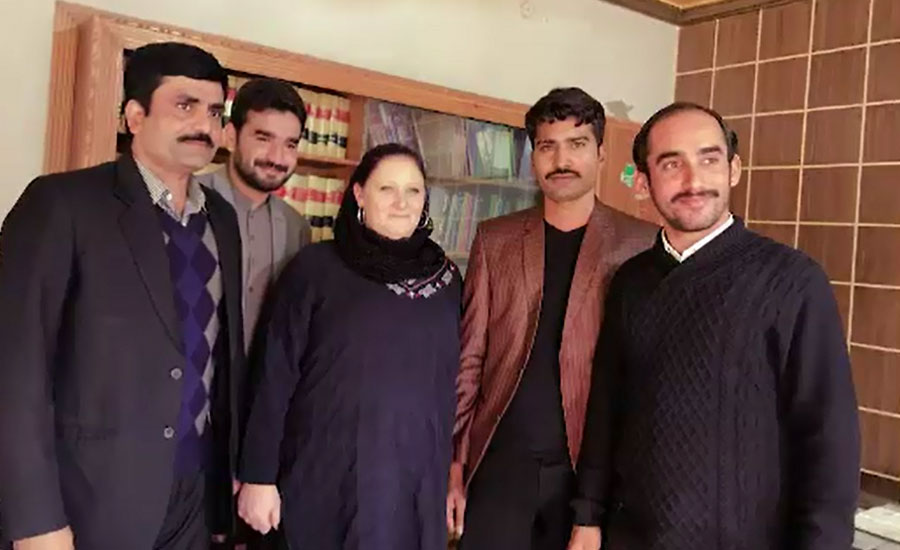 LAHORE (92 News) – Facebook, the most popular social media platform in the world, continued to help Pakistani men to marry with the foreign women as German woman ties the knot to Pakistani man. As per details, a German woman came to Pakistan for marrying a Pindi Bhattian man. The 40-year-old German woman named as Hockson became friends with Ejaz of Pindi Bhattian on Facebook and eventually fell in love with him. Meanwhile, the love of Ejaz made German women to compel her and she came to Pakistan for marrying Ejaz. Hockson embraced Islam before marriage with Ejaz and replaced her name with Maryam. However, the social media continues to connect people as several couples have met each other via social networking sites. Recently, a Mexican woman arrived in Pakistan to marry a Sahiwal man. the Mexican woman became friends with the Pakistani man on social media and eventually fell in love with him. When both decided to marry, the girl planned to come to Sahiwal to tie the knot. The girl then embraced Islam and married Sajid of Sahiwal. Earlier, an American woman, named Brittney, fell in love and married Pakistan’s blind cricket team fast bowler Mujeeb ur Rehman after they became friends on social media. Furthermore, an American woman arrived in Pakistan to tie the knot with a man belonging to Mandi Bahauddin. This all started after the marriage of an American man to a Sialkot's boy received much coverage in the country. After the Sialkot couple, another American woman had come to Pakistan to marry a Lahori boy she met through social media.