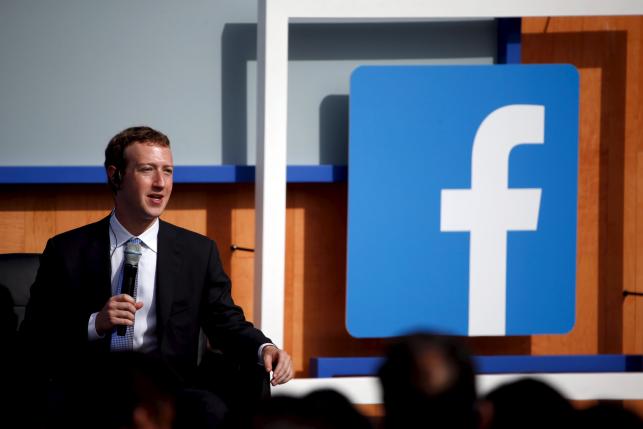 SAN FRANCISCO - Facebook Inc introduced a slate of new advertising products, most of which are aimed at luring television advertisers onto the 1.5-billion user social network. The advertising options, most of which will also be available on Facebook-owned Instagram, are designed to take advantage of the social network's strengths on mobile devices. It has the world's most popular smartphone app and generates more than three-quarters of its $10 billion-plus in annual ad revenue on phones. Facebook is trying to convince advertisers, especially those who use video, that their dollars will be better spent on mobile platforms rather than on TV as users, especially millennials, spend more time on their phones than watching television. The rollout of the new products come ahead of New York City's 12th Advertising Week, which runs from Monday to Friday and gathers the world's largest advertisers and companies. Facebook also announced on Sunday that it has 2.5 million active advertisers in total, up from 2 million in February. Digital video advertising spending is growing rapidly, projected to increase 13 percent to nearly $15 billion by 2019, according to eMarketer. Television ad spending, by comparison, is expected to grow 2 percent in the same time period to $78 billion. "Facebook is listening to the ad community and giving them what they are looking for," said Debra Aho Williamson, social media marketing analyst with eMarketer. "Does Facebook want video ad dollars? Yes." On television, advertisers can buy ads based on how many people they will reach, an approach Facebook has adopted to ease the transition between television spending and digital spending. In addition, it can target highly specific audiences, such as women aged 18 to 35 years old who have shopped on a specific website, which TV cannot do. Among the new products are "brand awareness" ads, which aim to reach a large number of people to promote a company's name and brand, such as Coca Cola. Advertisers will also be able to poll users on mobile phones about whether they saw an ad -- a feature that used to be available only on desktop computers -- and they can use a format that allows them to display multiple videos at once that users can scroll through. "We want to be the single-most important platform for all businesses," said Carolyn Everson, Facebook vice president for global marketing solutions. -Reuters