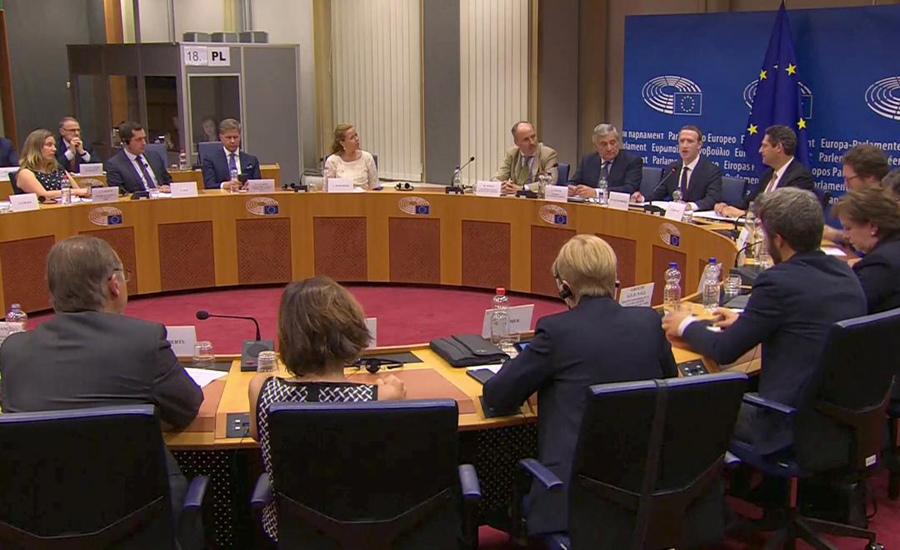 BRUSSELS (Reuters) – Facebook CEO Mark Zuckerberg sailed through a grilling from EU lawmakers about the social network’s data policies as lengthy questions left the 34-year-old American little time to answer. Betraying little emotion, Zuckerberg apologised to leaders of the European Parliament in Brussels for a massive data leak, in his latest attempt to draw a line under the damaging scandal. However, he avoided answering numerous specific questions, notably around opt-outs from targeted advertising, the sharing of data between Facebook and its messaging service WhatsApp, as well as Facebook’s collection of data on non-users. He spoke for over half an hour in total, mostly repeating assurances and descriptions of Facebook plans that he detailed to the US lawmakers during 10 hours of hearings in Washington last month. Though some questions were sharp, there was no chance for the Europeans to follow up if they felt the answers fell short. Investment analysts heard little new and Facebook’s share price showed no reaction to the event, holding at the level to which it has recovered after taking a hit on the scandal. “I asked you six ‘yes or no’ questions; I got not a single answer,” said Philippe Lamberts of the Greens, one of 12 party leaders and lead legislators whose questions to Zuckerberg took up nearly half of a hearing - broadcast live after complaints about an original plan for a closed-door meeting.