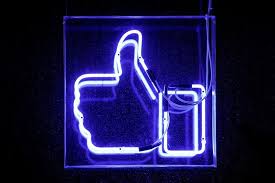 LONDON (Reuters) - Facebook opens its new London office on Monday and said it would add 800 more jobs in the capital next year, underlining its commitment to Britain as the country prepares for Brexit.

The social network said more than half of the people working at the site in central London will focus on engineering, making it Facebook’s biggest engineering hub outside the United States.

EMEA vice president Nicola Mendelsohn said Facebook was more committed than ever to the UK and supporting the growth of the country’s innovative start-ups.

“The UK’s flourishing entrepreneurial ecosystem and international reputation for engineering excellence makes it one of the best places in the world to build a tech company,” she said.

“And we’ve built our company here - this country has been a huge part of Facebook’s story over the past decade, and I look forward to continuing our work to achieve our mission of bringing the world closer together.”

The new jobs, which come 10 years after the company set up its first London office, will take Facebook’s total British workforce to more than 2,300 by the end of 2018, it said.

Facebook, along with other US digital giants including Google and Amazon, has not been deterred from expanding in London by Britain’s decision to leave the European Union.

It announced the new headquarters last year, shortly after Google said it was building a new hub in the city that will be able to accommodate more than 7,000 employees in total. Facebook’s new office in the capital’s West End, designed by architect Frank Gehry, will house engineers, developers, marketing and sales teams working on products like Workplace, its business product which was built in London, it said.