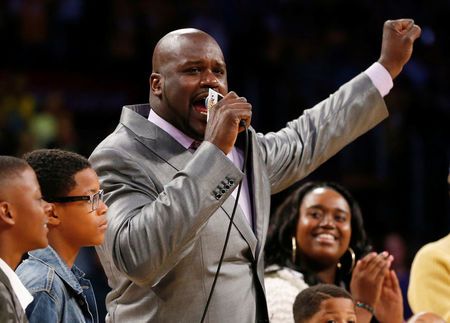 BEVERLY HILLS, Calif. (Reuters) - Facebook Inc said that it would debut an interactive reality show starring basketball star Shaquille O’Neal on a quest to open a restaurant, as the company looks to attract viewers to its Facebook Watch video service. The eight-episode “Big Chicken Shaq” would launch in the coming weeks, the company said at a Television Critics Association event where TV networks and streaming platforms promote upcoming shows. In the series, O’Neal will seek advice from Facebook users while preparing to open a restaurant in Las Vegas. The former National Basketball Association star will use Facebook Live interact with fans, the company said in a statement. Facebook Watch launched in the United States a year ago with original series, news programs and user-created videos. Other upcoming series include a singing competition in which Facebook users would nominate friends to compete, and auditions and voting would take place on Facebook, the company said. Both shows represent the type of interactive television Facebook is trying to create to engage users, said Ricky Van Veen, the company’s head of global creative strategy. Facebook Watch is competing for audiences with services that dominate online video like Netflix Inc and Alphabet Inc’s YouTube. Van Veen said some Facebook Watch shows were gaining traction, including “Tom vs Time,” a series starring New England Patriots quarterback Tom Brady. “I think it will be a long way to go before we are at that level of other platforms with big, huge breakouts,” Van Veen said, “but we are seeing some encouraging signs.”