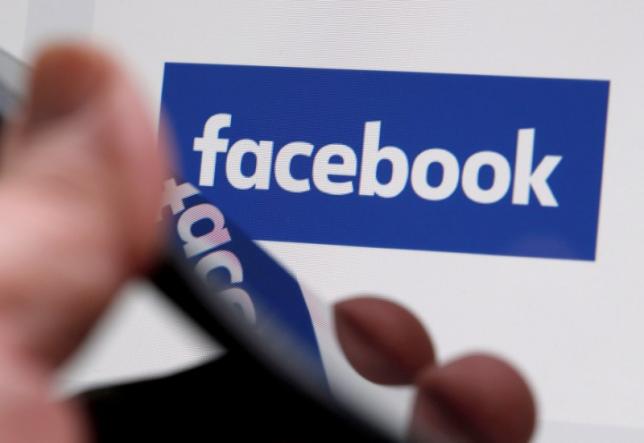 SAN FRANCISCO - Facebook Inc reported surging quarterly profit and revenue, helped by its fast-growing mobile ad business, but its shares dipped from a record high in after-hours trading as investors showed some nervousness about future earnings.

The world's biggest online social network, which is nearing the five-year anniversary of its initial public offering, is searching for new types of advertising features to supplement its main revenue streams that it expects to cool off this year.

Chief Financial Officer David Wehner said on a conference call after the company's earnings announcement that ad revenue growth is expected to come down significantly over the rest of 2017, repeating prior company warnings that it is hitting a limit in "ad load," or the number of ads it can squeeze onto users' pages before upsetting them.

Wehner gave similar warnings about ad load in November and in February, although a slowdown has not materialized.

New products, such as ads that play in the middle of videos or appear on Facebook's Messenger app, could fuel growth, but Wehner and Chief Executive Mark Zuckerberg said on Wednesday those plans were still in early stages.

At the same time, the company said expenses would continue at a high level, growing 40 percent to 50 percent this year over 2016 levels and putting a squeeze on future profits.

"As we look into 2017 and beyond, there are going to be a number of initiatives we believe are valuable to the community and to the company in the long term that are going to be net negative on our operating margin," Wehner said.

"Investors were hoping for some indication that we would see some relief as the year progressed, and we still could. I think that expense guidance range, left unchanged, is probably what is weighing on shares," Olson said.

The company caused brief confusion on Wall Street by only issuing numbers conforming to Generally Accepted Accounting Principles (GAAP) without warning. Previously it also issued non-GAAP numbers, which it had said provided greater transparency and were closely watched by investors and analysts.

The company is expected to generate $31.94 billion in mobile ad revenue globally in 2017, up 42.1 percent from a year earlier, according to research firm eMarketer.

That would give Facebook a 22.6 percent share of the worldwide mobile ad market, with archrival Google of Alphabet Inc projected to be the leader with a 35.1 percent share, according to eMarketer.

Facebook continued its march toward the 2 billion user threshold, saying it had some 1.94 billion people using its service monthly as of March 31. That was up 17 percent from a year earlier.

Analysts on average had expected monthly active users of 1.91 billion, according to financial data and analytics firm FactSet.

Mobile ad revenue accounted for about 85 percent of the company's total advertising revenue of $7.86 billion in the first quarter ended March 31, compared with about 82 percent a year earlier.

Analysts on average had expected total ad revenue of $7.68 billion, according to FactSet. Earlier in the day, Zuckerberg said the company would add 3,000 people over the next year to monitor and remove murders, suicides and other inappropriate material from its network, which have become a threat to Facebook's valuable public image. -Reuters