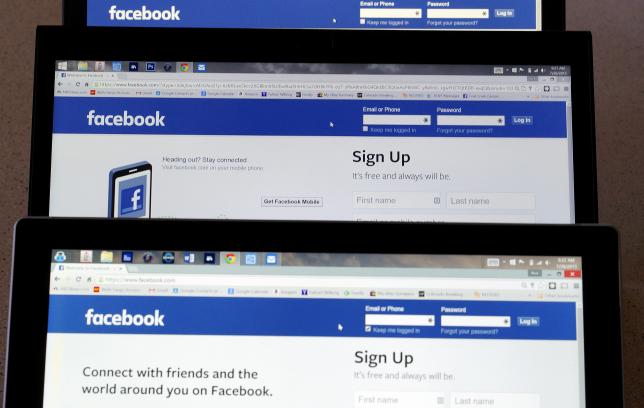 SAN FRANCISCO/MUMBAI - Facebook is trying to lure skeptical advertisers in India with features such as free email support for questions about advertising and advice on increasing sales in a bid to boost revenue from its second biggest market. Facebook has 132 million users in India, trailing only the 193 million in the United States, according to the company, and the country is critical for the Menlo Park, California, social network's global expansion. But so far, the payoff has been small: Facebook earns 15 cents per user in India every quarter, compared to the $7 to $8 it makes on each U.S. user, according to analysts. Facebook does not break out its revenues in India, but Neil Shah, an analyst at Counterpoint Research, a Hong Kong-based technology consulting firm, estimates it brings in $15 million a quarter, far behind the $350 million he estimates Google earns there per quarter. Google, which set up in India in 2004, has been in the Indian market six years longer than Facebook, and its search ads are more familiar to advertisers there than the display ads Facebook offers. The business-boosting features, described to Reuters by company executives and Indian business people, are aimed at advertisers such as Mohit Khattar, managing director at online grocery company Godrej Nature's Basket, one of the roughly 60 to 65 million small- and medium-sized businesses in the country. He said he began advertising on Facebook about two months ago as the company ramped up its online presence. He found that advertising in-store events and sales helped attract customers, but would not provide specific figures. "Since our customers are on Facebook, we are on Facebook. It's that simple," Khattar said. Facebook declined to say how many staff members it has in India or how much it has invested since it launched operations there in 2010. But the world's largest social network says it has seen early signs its efforts are working. The company unveiled a new type of ad designed specifically for India last year, called "click to missed call." Users click a button on an ad, which automatically calls an advertiser. The user hangs up - to save them the charge for the call - and the advertiser calls back with a pre-recorded message. Garnier Men, a leading men's hair care company in India and a unit of beauty products giant L'Oreal SA, saw online sales more than double by using click to missed call, according to Facebook and the company. TV ADS But Indian advertisers still overwhelmingly flock to television ads and remain skeptical of the value of advertising on social media, analysts and business executives said. "Advertisers in India are not warmed enough to social media as a concept of marketing," said Shah, the Counterpoint analyst. "We really need to help them see how Facebook pages and advertising will help grow their businesses," said Andy Hwang, Facebook director of small- and medium-sized businesses for Asia Pacific. For instance, the company advises businesses to create interactive Facebook pages and use Facebook Messenger to interact with customers as a way of increasing sales. Technology companies have turned to India and other markets in Asia for growth because the region contains two-thirds of the world's population. Asia is Facebook's fastest-growing region, with 57 percent year-over-year growth in monthly active users. India alone has 1.3 billion people, second only to China, and Facebook increased the number of users there by 22 percent last year. On the other hand, only 252 million people in India have Internet access. Expansion in India is also important because of the "China factor." Facebook, like Google Inc and Twitter Inc, is shut out of the biggest market of all due to the Communist government's concerns over control of information. Other tech companies, such as eBay and Yahoo, have struggled to crack the Chinese market. Getting more Indian users "drives success, or at least the perception of success," said Jaideep Mehta, vice president and general manager for International Data Corporation Southeast Asia. Facebook said it plans to use its strategy in India for other emerging markets such as Brazil, Indonesia and Mexico, which are Facebook's third-, fourth- and fifth-largest markets by users. That makes success in India even more important for its global expansion. For the second quarter of this year, 51.3 percent of Facebook's $4 billion in revenue came from outside the U.S. and Canada. In addition to efforts to attract more Indian advertisers, Facebook is working to make it easier for users to get on the service. More than 90 percent of Facebook's Indian users access it through mobile phones, but the Facebook app uses more data than most are able to pay for and Internet connections can be patchy. So the social giant developed Facebook Lite, which uses less data, for India and other emerging markets. It has also rolled out its Internet.org initiative in India, a program started in August 2013 that aims to connect the two-thirds of the world without Internet access. Many of India's advertising dollars are in rural and semi-urban cities, analysts said, where users do not have a reliable Internet connection. Facebook is also getting help from the government of Prime Minister Narendra Modi, which uses Facebook to provide updates on the government's workings. "It is undeniable that a pro-social media government is good for the industry," Mehta said. - Reuters