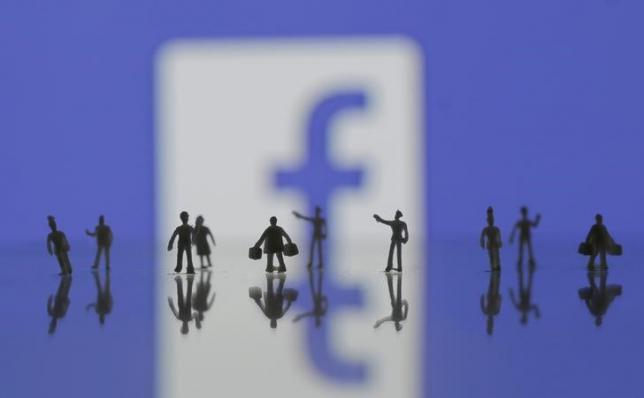 CALIFORNIA - Facebook Inc provided more evidence that it can turn eyeballs into profit as the maker of the world's most popular app and social website trounced Wall Street's estimates, sending its shares to an all-time high. The leading social media company's mobile app and push into video attracted new advertisers and encouraged existing ones to spend more. It now has more than 1.7 billion monthly users, well ahead of any rivals. Its shares were up 5.4 percent in after-hours trading at $130.01, after hitting their highest since the company went public in 2012. "Facebook has shown that you can be a giant and you can be innovative," said analyst Patrick Moorhead of Moor Insights & Strategy. "What is working very well is their very quick shift from desktop to mobility. This was their biggest issue when they went public." Facebook is adapting better to the shift toward mobile and video than social media rival Twitter Inc, which reported its slowest quarterly revenue growth in three years on Wednesday. Mobile advertising revenue accounted for 84 percent of the company's total advertising revenue, compared with 76 percent a year earlier. Total advertising revenue surged 63 percent to $6.24 billion, beating the average analyst estimate of $5.80 billion, according to market research firm FactSet StreetAccount. The company also saw strong growth in monthly active users, now boasting 1.71 billion as of June 30, up from 1.49 billion a year earlier. Time spent on its suite of apps, including the main Facebook app, Instagram and Messenger, increased "double digit percentages," Chief Executive Mark Zuckerberg said on a conference call with analysts. David Wehner, Facebook's chief financial officer, pointed to Asia-Pacific, especially India, as one of the most promising areas for continued user growth. The region "has been a consistently good performer for us over the last several quarters and we will continue to invest our global sales resources to drive opportunities there," Wehner said in an interview with Reuters. MILLENNIAL SHIFT Facebook is one of the biggest beneficiaries as advertisers move money away from television to the internet and mobile platforms. The company has been beefing up its presence in the mobile video market, where Snapchat and YouTube pose strong competition. The company is also courting advertisers to experiment with Facebook Live, its recently launched live video feature. Executives said they were working to become a "video first" platform, and identified private messaging as a growing focus. Zuckerberg reiterated his company's 10-year plan on the call with analysts. Over the next three years, it will focus on continuing to grow its massive user base, especially in developed nations, and over the next 10 years it will look to build new technology to get more people online and using Facebook through internet-beaming drones. Meanwhile, Facebook still has several untapped areas for revenue opportunities, including its WhatsApp and Messenger apps, both of which have more than 1 billion users. But Wehner said the company does not plan to monetize them any time soon, and that it is instead focused on building interactions between businesses and users on the apps. Facebook also owns picture-sharing app Instagram, which recently announced it has more than 500 million users. Facebook has yet to say how much money Instagram makes, but research firm eMarketer predicts it will make $1.5 billion in revenue this year. Excluding items, Facebook earned 97 cents per share for the second quarter ended June 30. Analysts on average had expected a profit of 82 cents per share, according to Reuters. Net income attributable to Facebook's stockholders rose to $2.05 billion, or 71 cents per share, compared with $715 million, or 25 cents per share, a year earlier. Total revenue rose 59.2 percent to $6.44 billion, ahead of analysts' average estimate of $6.02 billion. -Reuters