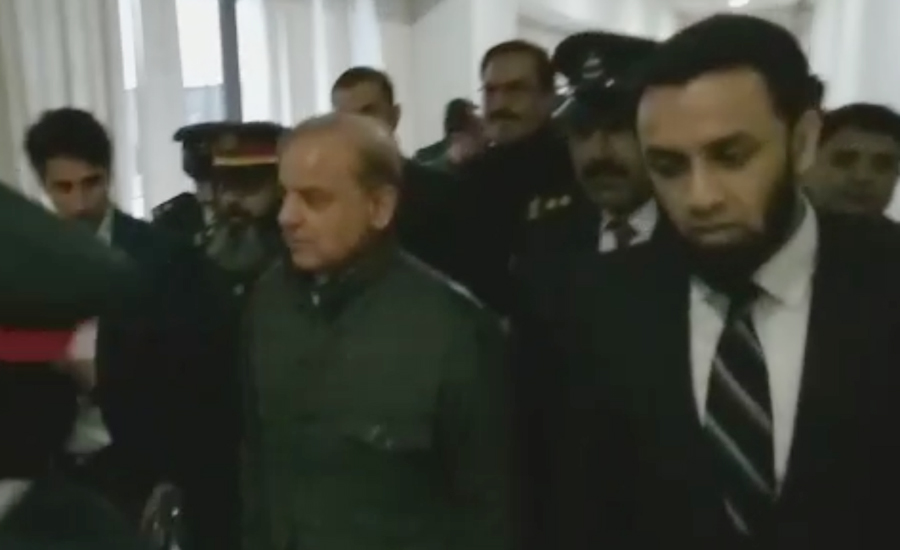 ISLAMABAD (92 News) – Leader of Opposition in National Assembly Shehbaz Sharif on Monday commented that the hardships are the part of prison because “jail is a jail”. The Pakistan Muslim League-N (PML-N) president said while talking to the journalists when arrived at the Parliament House to attend session of the lower house of the parliament. A team of the National Accountability Bureau (NAB) shifted Shehbaz to Islamabad from Lahore via motorway on the production order by released by the NA Speaker Asad Qaiser for attending NA session. To a question, the opposition leader in NA mentioned that jail is a jail and the hardships have to face in prison. “The provision of medical facilities is my right, but these are delayed mostly,” he added. PML-N chairman Raja Zafarul Haq held a meeting with the former Punjab CM and inquired about his health. PML-N spokeswoman Marriyum Aurangzeb was also present in the meeting. The meeting also discussed parliamentary affairs and NAB cases. Earlier today, the accountability court approved the one-day transit remand of Opposition Leader in the National Assembly Shehbaz Sharif on Monday. The jail authorities will take him to Islamabad by road. Shehbaz Sharif will attend the National Assembly session. On the other hand, his residence in Ministers’ Enclave, Islamabad has been declared a sub-jail.