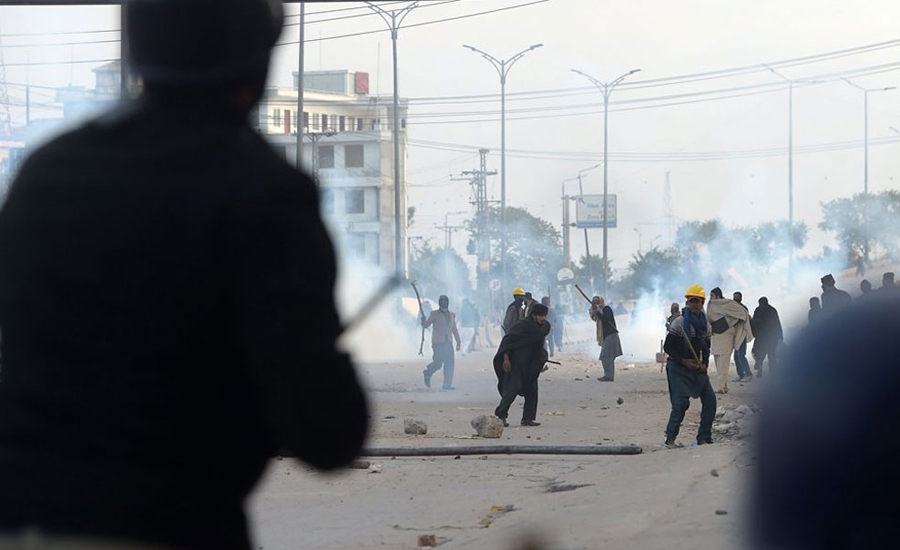 ISLAMABAD (92 News) – Islamabad Police has on Thursday submitted a report in the Supreme Court (SC), describing reasons for the failure of the Faizabad operation. Supreme Court of Pakistan has taken up the report submitted by Islamabad Police regarding the Faizabad sit in. The nine-page report was submitted before the court on behalf of Inspector General of Islamabad Police (IG) Khalid Khattak. Describing reasons for the failure of Faizabad operation, the report said that the protesters tried to arouse and exploit the religious feelings of the police personnel deployed there. The report said that the protesters were religiously motivated and that their speeches were targeted at hurting religious sentiments of security forces keeping vigil. It also said that the close to 2000 protesters were mostly armed with stones, pistols, axes and rods. "Mixed deployment of different forces, including the police, Frontier Constabulary (FC) and Pakistan Rangers, also had negative effects on productivity," the report added. A two member bench of the Court comprising Justice Musheer Alam and Justice Qazi Faez Essa hearing the suo motto notice had sought report from the Police Thursday last.