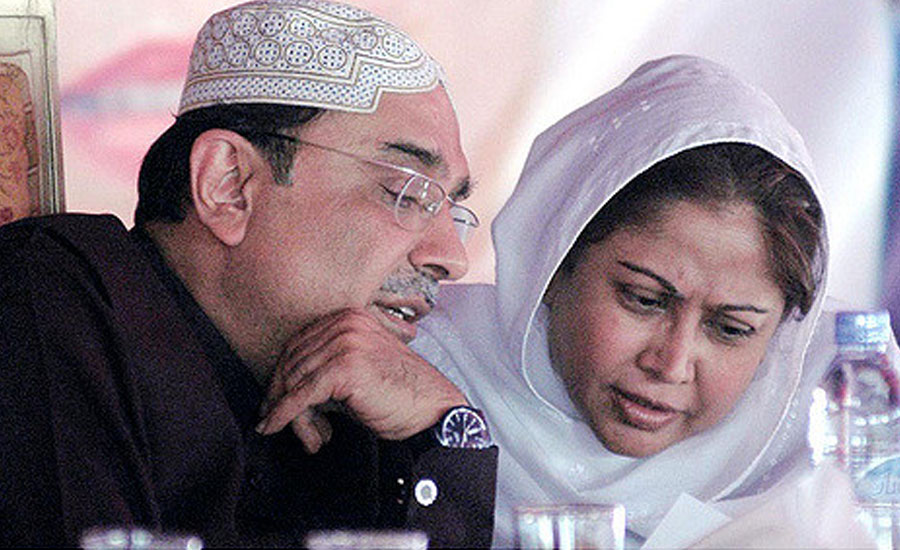 KARACHI (92 News) – A banking court here on Tuesday adjourned hearing of a case against former president Asif Ali Zardari and his sister Faryal Talpur till November 13 in fake bank accounts case. The hearing of a money laundering case lodged against former president Asif Ali Zardari and others was postponed due to the absence of judge who presiding the case. The court adjourned the case hearing without any proceedings. Zardari, his sister Faryal Talpur and other accused appeared before the court. A number of PPP leaders, provincial ministers accompanied the party co-chairman during his appearance in court. Zardari, Faryal Talpur, Omni Group’s Anwar Majeed, former Pakistan Stock Exchange chairman Hussain Lawai and Summit Bank Senior Vice-President Taha Raza are among those being investigated for alleged money laundering of Rs35 billion through fake accounts. Zardari and his sister are among over a dozen suspects nominated in the money-laundering scam. According to the FIR registered by FIA, transactions of billions of rupees were made into suspicious accounts, including the one owned by the PPP leaders, the Zardari Group, which is accused of receiving Rs 15 million of the laundered money.