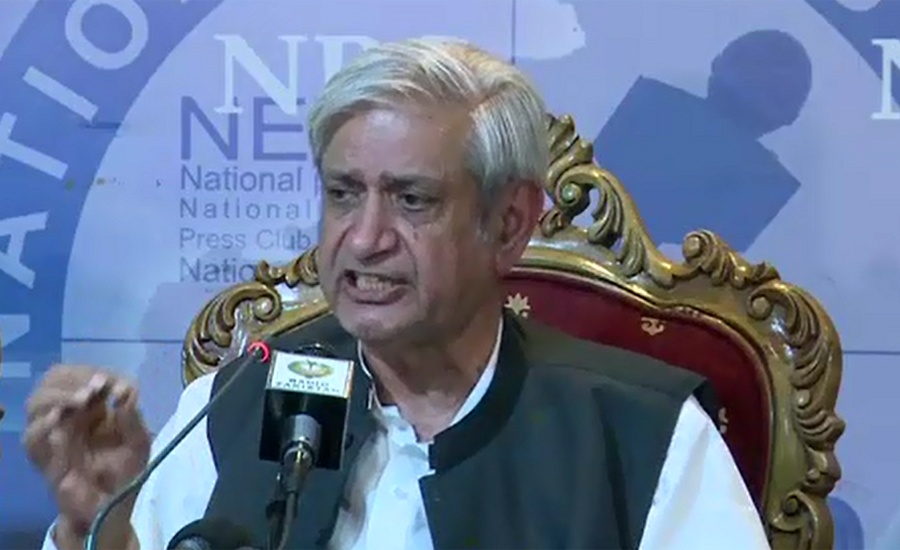 ISLAMABAD (92 News) – Kashmir Committee Chairman Fakhar Imam has stressed the need for highlighting the Kashmir issue. Talking to the media on Friday, he said that India had detained the Hurriyat leaders illegally. “Kashmiris are fighting against the Indian forces fearlessly,” he said. He said that India had continuously been making Kashmir a war zone. “The struggle of the Kashmiris is unmatched.” Fakhar Imam disclosed that India wants to make non-Kashmiris residents by abolishing the citizenship of the Kashmiris. He said that Russia and China had also talked about the Kashmir dispute. “US President Donald Trump has again offered mediation the Kashmir dispute,” he said. The Kashmir Committee chairman said that the countries having peace had made progress. “The Americans have admitted that the Quaid-e-Azam changed the course of history. Pakistan was established due to struggle of the Quaid-e-Azam.”

In Occupied Kashmir, Indian troops in their unabated acts of state terrorism martyred 11 Kashmiris, including a minor girl and a woman, during the last month of July. According to the data issued by the Research Section of Kashmir Media Service, during the month, 80 people were critically injured due to the use of brute force and firing of pellets, bullets and teargas shells by Indian police and paramilitary personnel against peaceful protesters. At least, 46 Hurriyat leaders, activists and youth were arrested. The All Parties Hurriyat Conference chief spokesman, Ghulam Ahmed Gulzar, was also among the arrested people. The troops damaged two residential houses during the period. All Parties Hurriyat Conference Chairman Syed Ali Gilani, senior APHC leader, Muhammad Ashraf Sehrai and other Hurriyat leaders in their separate statements issued in Srinagar strongly condemned the murderous assault on a prominent Hurriyat leader Shakeel Ahmed Bakhshi by unknown people. Syed Ali Gilani urged people particularly youth to be focused and united to give the enemy a befitting reply to its behind-the-veil conspiracies to tarnish this pious movement. Muhammad Ashraf Sehrai termed the assassination bid as a deep conspiracy saying that anti-movement elements were resorting to such tactics to defame the freedom movement. The Jammu and Kashmir Democratic Freedom Party, in a statement, said the Kashmir dispute can never be resolved through military might. It asked the world powers to take practical step to stop the ongoing bloodshed in Kashmir. Hurriyat leaders Shabbir Ahmad Dar and Abdul Samad Inqilabi in their separate statements paid glowing tributes to the martyrs of Bijbehara. Meanwhile, the latest Annual Report of the UN Secretary-General on Children and Armed Conflict said that 31 children between the ages of 7 and 17 were killed during Indian armed forces’ operations in Jammu and Kashmir. The report further said that at least 150 children, some as young as one-year old, were injured, mostly by pellets and bullets used by the Indian forces. The UN report, which covers the period from January to December 2018, while mentioning the perpetration of sexual violence against girls by the Indian forces in Kashmir, made a particular reference to the abduction, rape and subsequent killing of an 8-year-old girl, Aasifa, in Kathua area of Jammu region. The report said that Aasifa was abducted, drugged, raped for three days and murdered by special police officers.