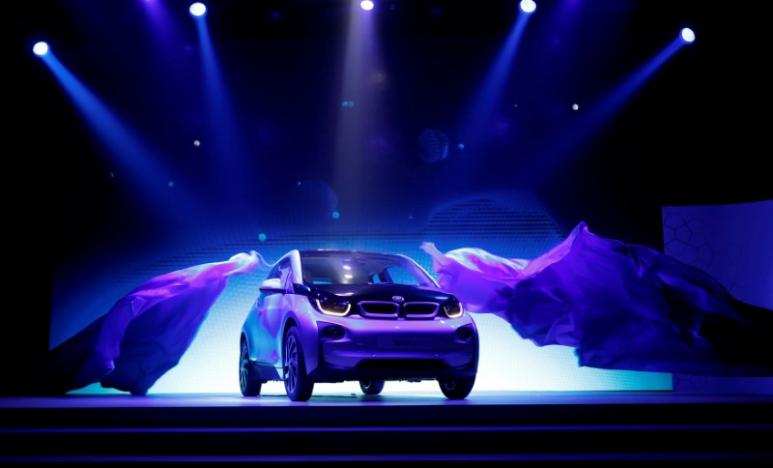 LONDON - Britain is emerging as a hotbed for utility-scale battery development, with two of Europe's three biggest projects under way there and several companies joining a race that could shake up the energy market.

Rapid growth of solar and wind energy means power supplies depend increasingly on whether the wind is blowing or the sun shining. As a result, utilities are looking for new ways to store renewable energy for release into the grid when supplies are low.

In the UK the challenge is especially acute because the buffer between supply and demand is tighter than in other European countries as old fossil fuel plants close, while Britain lacks Germany's supply lines to import power and maintain grid frequency - the change in direction of the electrical current - when local supplies drop.

"(Renewables) intermittency means the frequency on the grid changes more quickly than before so we need faster technology which can react to that," said Cathy McClay, commercial head at the British National Grid system operator.

"The National Grid tender required such a fast response it almost exclusively created a market for batteries, which isn't something we have seen elsewhere in Europe," said Andy Houston, senior analyst at UK-based consultancy Poyry.

Swedish utility Vattenfall [VATN.UL] is developing battery projects in the Netherlands and Germany but chose Britain for its largest -- 22 megawatts (MW) -- at the Pen y Cymoedd wind farm in Wales after winning a National Grid contract.

"Britain's National Grid tender is one of the best opportunities for batteries," said Sebastian Gerhard, Vattenfall’s head of battery projects.

Vattenfall is using lithium ion batteries purchased from German car manufacturer BMW, the same as those used in its i3 electric cars, stacked together in portacabin-sized units. Vattenfall estimates the drive to create commercially viable electric cars has sent battery costs tumbling by around 40 percent since 2010.

Energy trader Vitol is building two battery plants in Cumbria and Kent through subsidiary VPI Immingham after winning two National Grid contracts with joint venture partner Low Carbon, and aims to hook them up to the grid by the end of the year.

The projects, part of a 250 million pound investment programme, are partly an effort to build expertise in markets beyond Vitol’s gasoline distribution business.

Vitol operates around 5,000 petrol stations globally, "so in the longer term electric vehicles could have a material impact on our business," said Simon Hale, director at VPI Immingham. "Building up our knowledge and experience of battery systems now will have a big benefit for us."

British utility Centrica is building a 49 MW battery project on the site of its former Roosecote power station in northwest England which was demolished in 2015, part of a 180 million pound investment in storage and flexible power plants in Britain.

The site is unlikely to create many local jobs – the battery units are expected to be operated remotely – but Centrica said it will help the company build the knowledge it needs to sell battery units to customers.

"The real prize for us is unlocking the customer market," said Mark Futyan, Centrica's merchant power director. "Some customers want battery solutions for resilience and security of supply. For others it's about being able to invest and make a return."

The 49 MW project did not secure work under National Grid's enhanced frequency balancing tender but won a 15-year contract starting in 2020 in a government capacity auction that pays power generators to be available when demand is high.

German energy storage firm Younicos will provide the batteries for the project, which when built will be one of Europe's largest and will be made up of more than 100,000 battery cells.

Two others are believed by industry experts to vie with the Centrica site by scale in Europe: French utility EDF's subsidiary EDF Energy Renewables is building a 49 MW project in Britain after winning a National Grid tender, while Dutch utility Eneco and Japanese multinational company Mitsubishi Corporation plan to build a 48 MW project in Germany.

Large energy storage sites, if used alongside renewables, could also help to plug the country's looming electricity supply gap as ageing nuclear and coal plants close in the 2020s.

As part of Prime Minister Theresa May's industrial strategy, the government has asked Chief Scientific Officer Mark Walport to review whether a new institution should be set up to support battery technology and energy storage.

If mass battery storage takes off it will be welcome relief for a government that has forced the closure of carbon-incentive coal power stations just as many nuclear power stations near the end of their life, raising concerns over future energy security.

Large new traditional power stations have struggled to get off the ground due to heavy upfront costs. Britain’s relatively high industrial power prices are already an obstacle for British companies trying to compete with their continental neighbours.

The department for Business, Energy and Industrial Strategy (BEIS) forecasts a total of 3 gigawatts of storage capacity could come on line in Britain by 2030, by when renewables could provide around 50 percent of Britain's electricity.

Renewable power output has doubled to around 20 percent of the UK total over the past six years.

"If we (Britain) could get to 50 percent renewables, with storage as back-up to provide flexible local power, we wouldn't need to build all the new generation capacity to meet peak demand," said Steve Shine, chairman of the board at clean tech firm and battery project developer Anesco. For now the goal of Vattenfall, Centrica and others appears to be proving the technical viability of mass battery storage, with profits taking a back seat.

Anesco developed Britain's first commercial-scale battery unit in 2014 but did not win one of the National Grid contracts. "I don't think some of those projects will get built as the rate is too low," Shine said. He said the National Grid tender cleared at a much lower price than expected, and ended up being cheaper than the contracts National Grid usually awards for slower frequency balancing services.

"I doubt they are making large returns on these initial projects but it is probably more of a strategic move in that the companies expect batteries to play a big role in the future and they want to get experience and not get left behind," said Poyry’s Houston. National Grid's McClay said seven of the eight projects that won the tenders have now passed their first milestones, with the final project expected to pass in the next two weeks. -Reuters