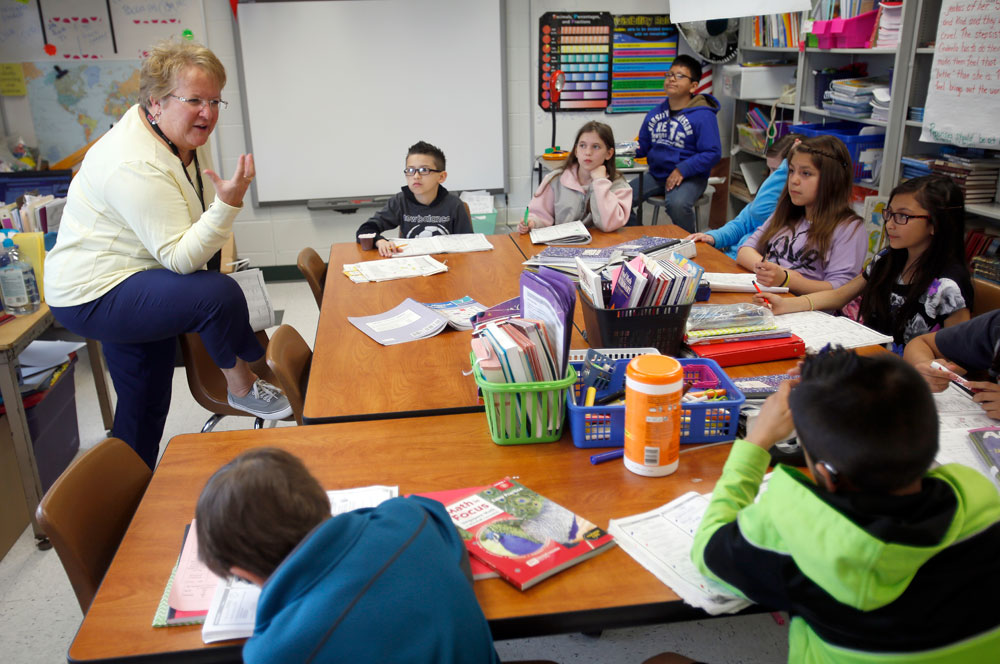 NEW YORK - Children in low-income families who get extra help building social skills before kindergarten may behave better and get higher grades than their peers, a small study suggests. Researchers focused on kids that are traditionally at high risk for mental health problems and academic underachievement – low-income minority children attending high-poverty urban schools. The experiment included 10 public schools in New York City serving predominantly poor, black students. Half of those schools participated in ParentCorps, a program for pre-kindergarten families that teaches kids skills like sharing and expressing their emotions and offers parents coaching in how to encourage positive behavior in their children. By second grade, kids at schools with ParentCorps were half as likely to have clinically significant mental health problems, compared to peers at non-participating schools, and had higher teacher-reported academic performances, said lead study author Laurie Miller Brotman of New York University Langone Medical Center. “This suggests that ParentCorps delivered as an enhancement to pre-k programs serving primarily low-income children of color has the potential to improve population health and reduce disparities,” Brotman said by email. “These findings suggest that as early childhood education programs become increasingly available to 4-year olds throughout the country, additional investment in supporting parents and early childhood teachers to create safe, nurturing and predictable environments for children has the potential to reduce disparities in education and health,” Brotman added. The ParentCorps experiment included 423 children and families that participated in the program and 369 kids at schools without the program. Parents attended 13 weekly two-hour sessions devoted to things like goal-setting and helping children regulate emotions. At the same time, children attended play-based sessions designed to promote self-regulation skills like paying attention and identifying feelings. Teachers also received professional development. For children in schools without ParentCorps, mental health problems observed by teachers increased during the study period, while this remained unchanged in the schools that did have the program. There was also a less pronounced achievement gap between black and white students in schools with ParentCorps, the study found. One way ParentCorps may get results is by reducing stress, the authors conclude. Even though researchers didn’t measure stress, many previous studies have linked stressors at home and in the community to poor behavior and academic performance in school. Beyond its small size, limitations of the study include the potential for teacher ratings of students to be biased because educators at the ParentCorps schools were aware of the mission, the authors note. However, second grade teachers didn’t know whether students had participated in ParentCorps when they were in pre-k, the authors also point out. The results also highlight the importance of parental involvement, Dr. Caroline Kistin, a researcher at Boston University Medical Center who wrote an accompanying editorial. “The findings of this study are consistent with previous findings that the social-emotional health of young children is one of the biggest factors that impacts school readiness and future school success,” Kistin said by email. “The parent-child relationship has a major influence on child social emotional development and can be a powerful buffer against stress.” While it’s possible a program like ParentCorps might work differently outside of New York City, plenty of previous research suggests that focusing on both school and home environments can have a big impact on educational outcomes, Kistin added by email. “A number of studies have demonstrated that high-quality early education programs can impact child well-being and educational attainment,” Kistin said. “One of the novel aspects of ParentCorps is the focus on both the home and the school environments. The involvement of parents in particular may be the key to decreasing child stress and improving outcomes in the years that follow.” -Reuters