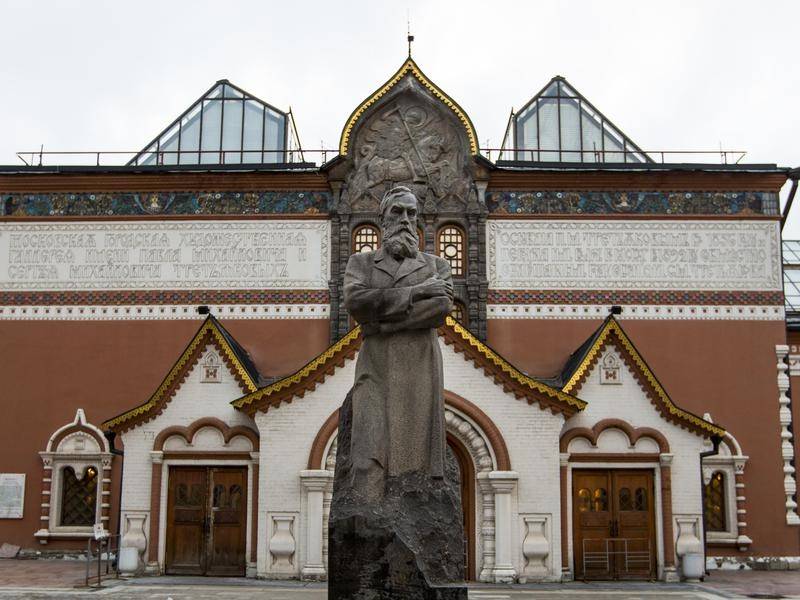 MOSCOW (Reuters) - One of Russia’s most famous paintings, which depicts Tsar Ivan the Terrible cradling his dying son, has been badly damaged after a man attacked it with a metal pole after drinking vodka. The canvas, “Ivan the Terrible and His Son Ivan on November 16, 1581,” was completed by renowned Russian realist Ilya Repin in 1885 and portrays a grief-stricken tsar holding his own son in his arms after dealing him a mortal blow, a historical incident whose veracity some Russian nationalists dispute. The gallery in central Moscow where the painting was displayed, the State Tretyakov Gallery, said a man had attacked the canvas just before closing time on Friday evening. It said he had somehow got past a group of gallery employees, picked up one of the metal security poles used to keep the public back from the painting, and struck its protective glass covering several times. “As a result of the blows the thick glass ... was smashed,” the gallery said in a statement. “Serious damage was done to the painting. The canvas was pierced in three places in the central part of the work which depicts the figure of the tsarevich (the tsar’s son).” The frame was also badly damaged, the gallery said, but it said that “by a happy coincidence” the most precious elements of the painting — the depiction of the faces and hands of the tsar and his son — were not damaged.

Police sources told Russian news agencies that the attacker, who was detained and now faces being charged with damaging a cultural artefact, was a 37-year-old man from the city of Voronezh about 460 kilometres (286 miles) from Moscow. In a video released by the interior ministry, the man confessed to attacking the painting and said he recognised the seriousness of his crime. “I came to look at the painting,” the man, who was not named, told the police. “I wanted to leave, but then dropped into the (gallery’s) buffet and drank 100 grams of vodka. I don’t drink vodka and became overwhelmed by something.” Some Russian media cited him as saying he had attacked the painting because he thought its depiction of Russian history was inaccurate. Russian nationalists who object to the painting and dispute its veracity have previously demanded the gallery remove it from display, something the Tretyakov has refused to do. The canvas was also attacked in 1913 by a mentally disturbed man who slashed it with a knife three times. Repin, the painting’s creator, was still alive at the time and personally restored it.