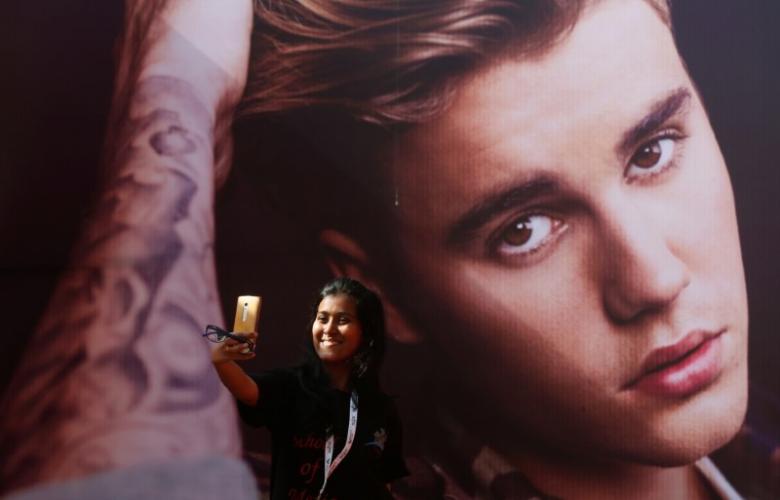 LOS ANGELES –Fans of Justin Bieber pleaded on Tuesday for his upcoming British tour dates to be cancelled, underscoring the potential repercussions to music acts with a young fan base from the suicide bombing at an Ariana Grande concert in Manchester.

Canadian heartthrob Bieber, 23, is due to play an open air concert at London's Hyde Park in July. But fans flooded social media saying his appearance should be axed for the safety both of fans and the singer himself.

"Cancel Justin's concert in the UK, please! We want him to be safe, please," a person using the handle marhrukhh wrote on the Instagram account of Bieber's manager, Scooter Braun.

Braun also manages Grande, also 23, a former Nickelodeon star whose huge female fan base, many of them tweens, were out in force for her concert in Manchester on Monday night when a suicide bombing killed 22 people and injured dozens.

The "Problem" singer flew to Florida on Tuesday to spend time with her family, the Daily Mail website reported. Representatives at Grande's record company did not return calls on whether the remainder of her world tour, with stops in London and Europe, would go ahead.

Leanne Murray, 20, who lives in Ireland, has tickets to see Bieber play in Dublin next month. But she said that after Monday's bombing she is contemplating selling them.

"I just don't want what I would hope to be a great night to end in something like last night," Murray, who paid 180 Euros (154.31 pounds) each for two tickets told Reuters.

"It's frightening to think that it could have been any of us and it really shows that you never know what's around the corner," Murray added.

Representatives for Bieber did not immediately respond to Reuters on the status of his upcoming performances.

Touring has been one of the top sources of income for musicians in recent years. The top 10 worldwide tour acts grossed a combined $1.67 billion in 2016, according to music industry publication Pollstar, with Bruce Springsteen bringing in $268.3 million alone.

Pop acts like Taylor Swift, Bieber, One Direction and Grande are also among the top earners. Grande grossed more than $25 million from touring between April 2016-April 2017, according to Pollstar figures, while Bieber grossed $163 million in 2016.

Robin Wolff, from Agoura Hills, California, said she has accompanied her 15-year-old daughter Brooke to Miley Cyrus and One Direction concerts. Her daughter has only more recently attended a couple of concerts without parental supervision.

Asked if she has concerns for her children attending concerts in the wake of the Manchester attack, Wolff said, "Absolutely."

"It's scary. Especially if you're not there for them, that's even scarier. Me going with them, I'm OK with that," she said.

Joe Reinartz, news editor at Pollstar, said that although he believes security is already strong at music venues and will no doubt be stepped up, parents would likely be more cautious.

"In the short term, there are going to be concerns for any large gathering where there will be young people, and that doesn't necessarily mean a Justin Bieber show. It means a high school football game, or an event at a fair ground," Reinartz said.

Jim Donio, president of the Music Business Association, said he would be surprised to see musicians cancelling tours because of the attack at the Grande concert.

But he said fans will be more aware and prepared. "Will parents make more informed decisions? Yes, that's possible, so there can be some impact there." –Reuters