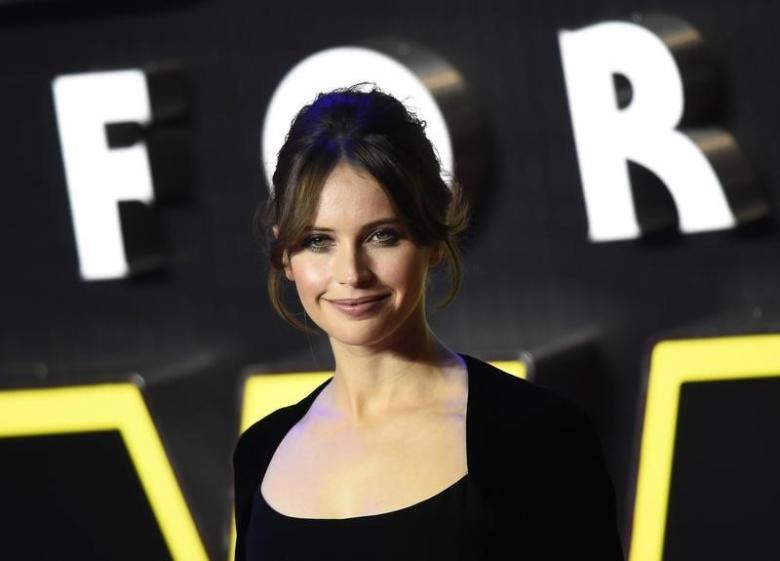 TORONTO - A teenage boy's struggle with his mother's terminal illness takes a surreal turn when he finds comfort in a giant talking tree monster, in the emotional fantasy drama "A Monster Calls." The film, which had its world premiere at the Toronto International Film Festival on Saturday, follows the story of Connor, a quiet, artistic teenage boy who becomes a target for the school bully. As his mother, played by Felicity Jones, gets sicker from cancer, Conner goes to live with his cold, reserved grandmother, played by Sigourney Weaver. In the midst of his life crumbling around him, Connor is visited at night by a giant talking yew tree monster. The film is adapted from the children's book of the same name, and Bayona incorporated watercolor animations to illustrate the stories of good and evil that the tree monster, voiced by Liam Neeson, tells Connor. "I had never read anything quite like it," said Jones, who plays Connor's ailing mother. "The elements of fantasy, animation, and a giant, talking tree, and dealing with something that everyone goes through, dealing with loss, I thought was very special." Newcomer British actor Lewis MacDougall, who plays Connor, said the best part about working on the film was being among the all-star cast and shooting the film in Barcelona. The film will be rolling out across Europe in October and in limited U.S. theaters in December. Weaver said she was touched by the story and "delighted" to play an English woman. "I thought it was an amazing, ambitious story," she said. -Reuters