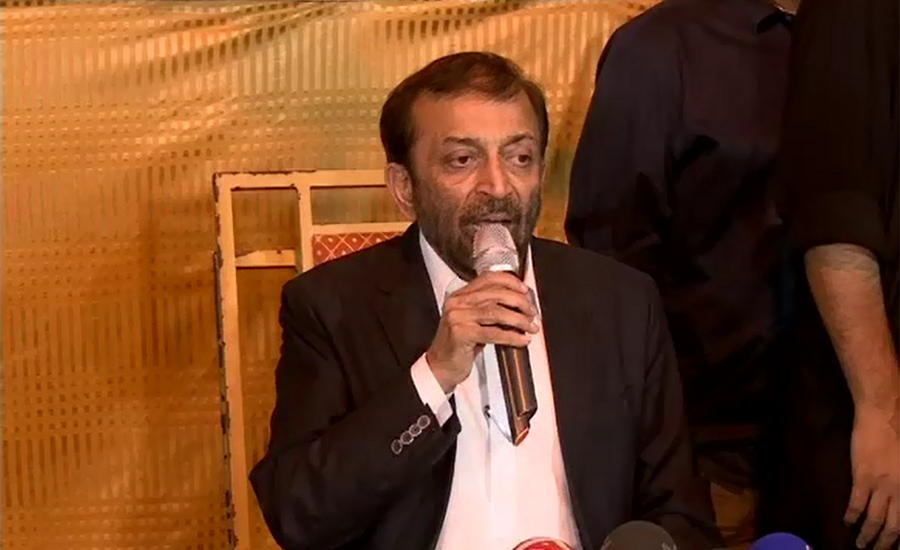 KARACHI (92 News) – MQM Pakistan chairman Farooq Sattar has announced to withdraw from politics and quit the party on Thursday night. The workers chanted slogans, asking him to  withdraw the announcement. Later, he left for his home despite workers  insistence. Earlier addressing a press conference, he said that the mandate of Mohajirs was insulted yesterday. “I had talked about a political alliance, which can be turned into an electoral alliance. Those winning the hearts will rule. The MQM is not going anywhere.” Farooq Sattar said that he had written a letter to Prime Minister Shahid Khaqan Abbasi, Chief of Army Staff Gen Qamar Javed Bajwa and Chief Justice Saqib Nisar. He said that he has a vehicle, which is in the name of the party. “The MQM Pakistan will do the politics of Mohajirs, middle class, working class and the oppressed,” he said. “We have separated ourselves from the legacy of violence, not sacrifices of the martyrs.” The MQM Pakistan said that the November 5 meeting reflected the election results of the city. “The meeting proved that a majority of people is still with the MQM.” He said that peace and stability in Karachi are vital for peace and stability in the country.