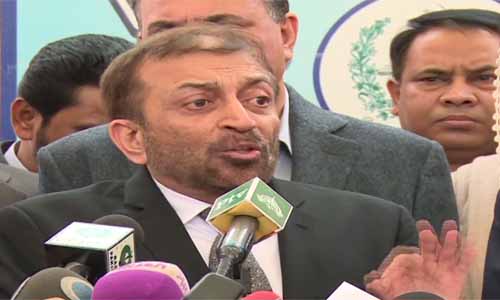 ISLAMABAD (92 News) – Muttahida Qaumi Movement (MQM) leader Farooq Sattar has termed the joint session of the parliament over the Yemen situation illegal and unconstitutional. Talking to the media outside the Parliament on Monday, he said that the people making tall claims of democracy are making fun of the constitution. He said that they had tried to bring the attention of the House and the speaker to a legal point. He said that they were moving a motion under Article 64, but they were not allowed to do so. The MQM leader said that they will continue to protest and walk out from the assembly until getting a reply. “We have the right to move court if need be,” he said. He said that the PTI members are strangers in the National Assembly. “It is like divorce. If they tendered resignations, they have resigned. The return of the resigned members is an insult to the parliament,” he maintained. Farooq Sattar said that they are the worst victims of target killing in Karachi.