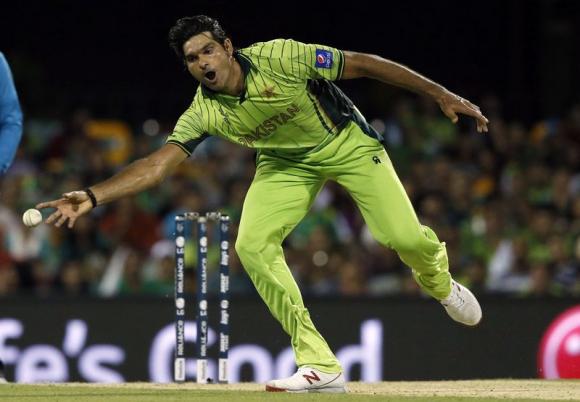 KARACHI – Pakistan left-arm fast bowler Mohammad Irfan is doubtful for the World Cup quarter-final against hosts Australia on Friday after suffering a recurrence of a hip injury. The Pakistan CricketBoard said on Monday that Irfan had gone for MRI scans in Adelaide after experiencing pain his right hip. “Late Monday afternoon, Irfan underwent an MRI scan. According to Team Pakistan physiotherapist Brad Robinson, the detailed report from the radiologists would be available on Tuesday,” the PCB statement said. “A decision will then be taken on his availability for the forthcoming quarter-final against Australia,” Robinson said. A board official told Reuters that initial reports on Irfan were not encouraging and Irfan could miss the rest of the World Cup. The rangy Irfan has been Pakistan’s most dangerous bowler in the World Cup but had to miss the game against Ireland on Sunday due to the injury. Irfan, 32, has largely been confined to playing limited-overs cricket due to injury problems and has made just four test appearances compared to 45 ODIs and nine Twenty20 matches. He has taken 65 ODI wickets and played a leading role in Pakistan’s World Cup comeback after losing their first two matches to India and West Indies. –Reuters