Fast bowler Steyn rules himself out of third Australia Test 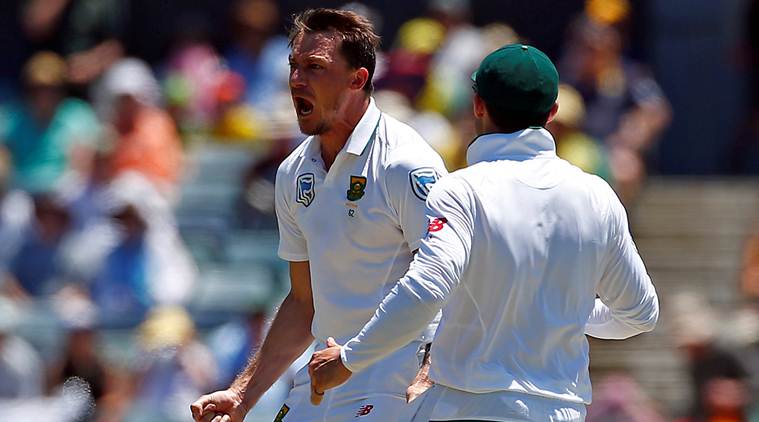 Fast bowler Steyn rules himself out of third Australia Test

JOHANNESBURG (Reuters) - South Africa’s fast bowler Dale Steyn has ruled himself out of a possible return for the third Test against Australia which starts next Thursday as he continues his recovery from a troublesome heel injury. The veteran paceman, who is just three wickets away from becoming the country’s most successful bowler, has not played since the injury ruled him out midway through the first Test against India in Cape Town in January. “The problem as a fast bowler is I need to land on that front foot of mine. Putting eight or nine times my body weight on that front foot... it can only handle so much,” Steyn told South Africa’s Independent Media group.

Steyn has foregone a chance to play in a four-day domestic first class game this weekend ahead of next week’s Test at Newlands.

He is instead hoping for a chance to play in the fourth Test at the Wanderers in Johannesburg at the end of the month.

“People are saying it is so disappointing that you can’t play the four-day game but what would be worse is playing the game and walking off with another injury,” he said.

“That speaks for the Test matches too. I can’t imagine another Test where I need to walk off halfway because my foot is just a little bruised. “I can’t let my team mates down, or my country for that matter. It has happened a couple of times now. We are pushing for that fourth Test,” he added. Steyn, 34, had been mooted as a possible replacement for the suspended Kagiso Rabada, who was banned for the rest of the series against Australia after being twice charged for unsporting behaviour during South Africa’s second Test win in Port Elizabeth. The series is tied at 1-1.