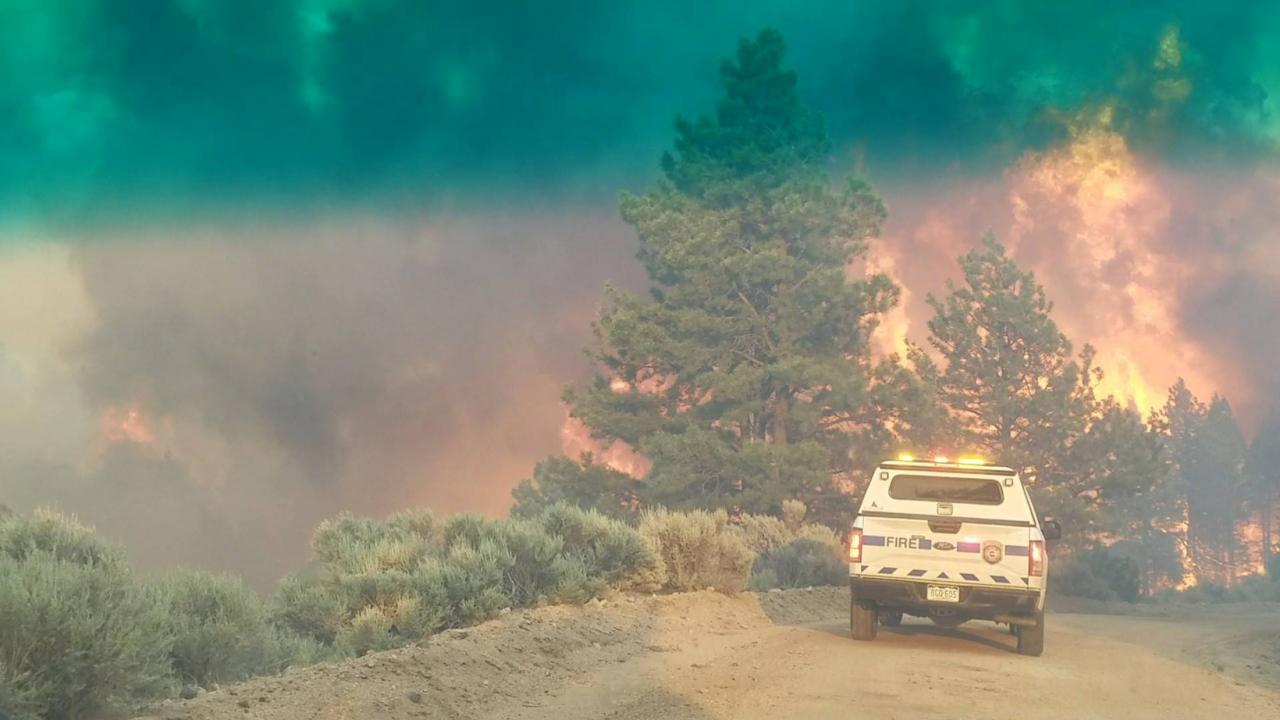 CALIFORNIA (Reuters) - A fast-growing wildfire that broke out over the weekend in Northern California, fuelled by parched lands and high winds, prompted evacuations and sent ash spewing over a wide area of the region, officials said. The so-called County Fire, located about 75 miles (120 kms) northeast of San Francisco, has blazed through around 22,000 acres (8,900 hectares) . The sky turned orange in parts of the San Francisco Bay area due to the blaze, with many residents waking up to a thin dusting of ash on windows, cars and lawns. Residents in some rural areas of Yolo County were ordered to leave their homes as the flames advanced, according to the California Department of Forestry and Fire Protection, or Cal Fire. “It’s going to be headed into some populated areas of small communities in the near future if it is not curtailed,” Cal Fire spokesman Scott McLean said in an interview. As of June 29 of this year, wildfires have burned through nearly 2.5 million acres (1 million hectares) in the United States, well above the average of about 2 million acres for the same calendar period over the last 10 years, according to the National Interagency Fire Center, a monitoring group. Parched conditions in the US West and Southwest have led to a rash of wildfires this year, with about 40 major blazes burning as of the end of June in an area from Washington State to New Mexico, the agency said. More than 9,000 firefighters and 100 helicopters have been dispatched to battle the blazes, cutting containment lines on the ground and dropping fire retardant from the air, the agency said. California and Colorado have been hard hit this year, with the largest wildfire in Colorado, the 416 Fire, charring almost 47,000 acres about 13 miles (21 km) north of Durango in the southwestern part of the state. It is 37 percent contained, according to state data. An ongoing drought across much of the Southwest and West and a ridge of warm air that can produce high winds have made the area susceptible to wildfires, said Scott Marsh, a meteorologist with the US National Weather Service Storm Prediction Center in Norman, Oklahoma. “In a drought-stricken area, once you get a spark, it is off to the races,” he said.