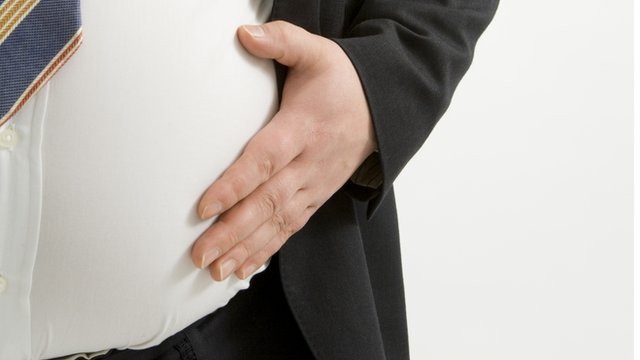 LONDON (Web Desk) - Scientists have uncovered more than 90 new gene regions that could help explain why some people are more likely to put on weight than others.

The team scoured DNA libraries of more than 300,000 people, constructing the largest-ever genetic map of obesity. Looking for consistent patterns they found a link with genes involved in brain processes, suggesting obesity could partly have a neurological basis. The results are published in the journal Nature. Researchers from the international Giant consortium (Genetic Investigation of Anthropometric Trait), analysed the genetics behind body mass index (a ratio of weight and height ). And in a separate Nature paper they looked specifically at how genetics influence where fat is distributed around the body. Fat around the abdomen for example can cause more health problems than fat carried around the thighs. Some 33 newly pinpointed gene regions were linked to body fat distribution - giving further clues about why some people are pear-shaped while others put on weight more around the tummy. They also identified more than 60 genetic locations that influence body mass index - tripling the number previously known. And some of these regions have links with the nervous system. Prof Elizabeth Speliotes, of the University of Michigan and one of the lead authors, said this surprised her: "You don't go to your neurologist to discuss your weight - when we think about obesity we don't generally think of the nervous system. "But this changes the way we think about obesity - rather than just a metabolic condition perhaps it has a neurological basis too." Appetite control Researchers think some genes contribute to how we control our appetites, and others to learning and memory around food. But for some genetic regions their roles in obesity are yet to be fully understood. Prof Speliotes says the sheer diversity of the genetic areas uncovered suggests a predisposition to obesity is not down to a single gene. She told the BBC: "This makes it less likely that one solution to beat obesity will work for everyone. "Right now we use gender and age to make general recommendations about healthy living and weight. "But this type of genetic information we hope one day help us give more tailored advice." Prof Peter Weissberg, medical director at the British Heart Foundation, said: "We know that obesity, particularly the fat that accumulates inside the abdomen, can lead to diabetes and heart disease, but we know little about just how this occurs. "These research findings are important, not because they will lead to genetic tests to predict people at increased risk becoming obese, but because they identify genes involved in biochemical pathways that may cause obesity and may link obesity to diabetes and heart disease. "Understanding these pathways should help us devise new ways to prevent obesity and its devastating health consequences."