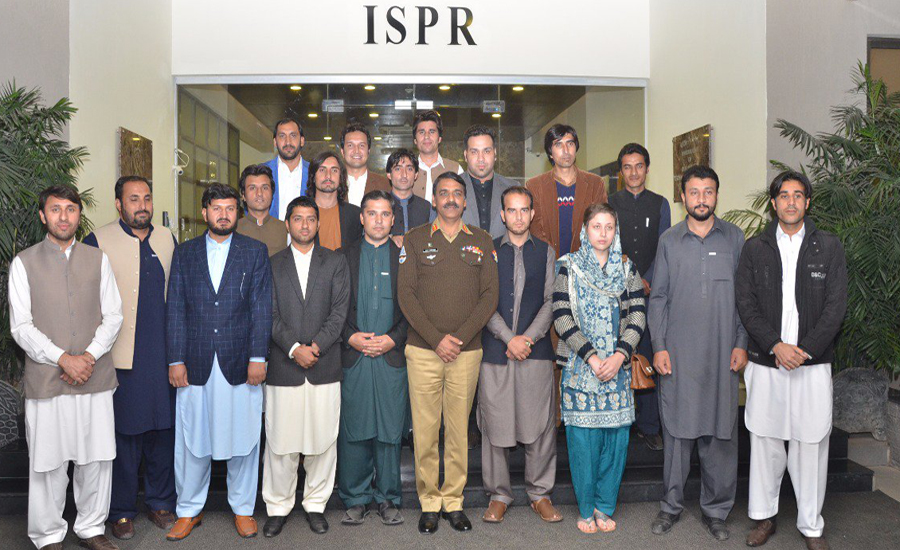 RAWALPINDI (92 News) – A youth delegation from all seven agencies of FATA visited ISPR on Friday. According to the ISPR, the delegation acknowledged the Pakistan Army for their efforts and sacrifices for bringing back peace to FATA. The delegation conveyed their feelings for future of the FATA. DG ISPR Maj Gen Asif Ghafoor thanked the delegation for support by the brave Pakistanis of FATA and conveyed them assurance on behalf of the COAS that achievements gained through great sacrifices made by people of the FATA and the security forces will not go waste. “Our efforts are now to move from relative peace to enduring peace and stability and for this Army shall continue to play its role in support of state institutions in line with aspirations of the people of the FATA,” he added.