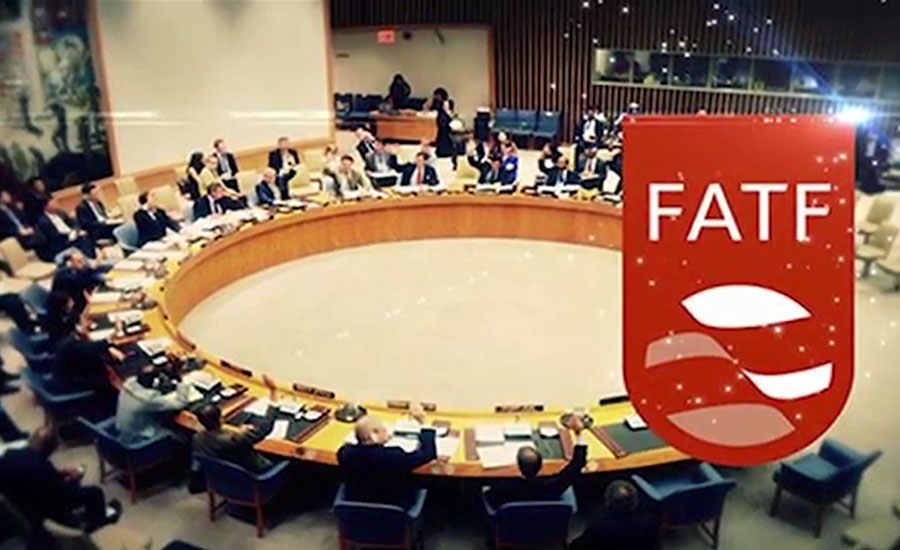 In a series of Tweets, the minister said Pakistan completed with 24 out of 27 items rated as largely addressed and remaining 3 items partially addressed.

Hammad Azhar said it was noted by the FATF members that Pakistan is subject to perhaps the most challenging and comprehensive action plan ever giving to any country.

The minister said Pakistan remains committed to complying with both FATF evaluation process.

He also commended the hard work done by dedicated teams in different government departments at federal and provincial level in this connection.

The Financial Action Task Force (FATF) has decided to keep Pakistan on its grey list till June 2021.

The announcement was made by FATF President Dr Marcus Pleyer at a press briefing on the outcomes of the FATF's four-day virtual plenary meeting.

Pakistan performed excellently with Counter Finance Terrorism and a anti-money laundering under a concerted strategy.

"Pakistan's law enforcement agencies not only pointed out terror financing but also took action against them after scrutiny. Pakistan worked excellently on 24 points, out of 27. Pakistan not only stopped shifting of assets but seized them," it added.

To a question by an Indian journalist about prosecution of terrorists in Pakistan, Pleyer clarified that the FATF was not an investigative organisation. "What we assess is the entire system of anti-money laundering [and] the framework. This does not change with incidents per se," he said.

The next meeting of the FATF will be held in June 2021.

According to statement issued by the FATF, Plenary virtual meetings discussed a range of topics relating to Pakistan's progress.

FATF has stated that to date, Pakistan has made progress across all action plan items and has now largely addressed 24 of the 27 action items.

The FATF has also acknowledged the continued high-level political commitment of Pakistan to combat terrorist financing.