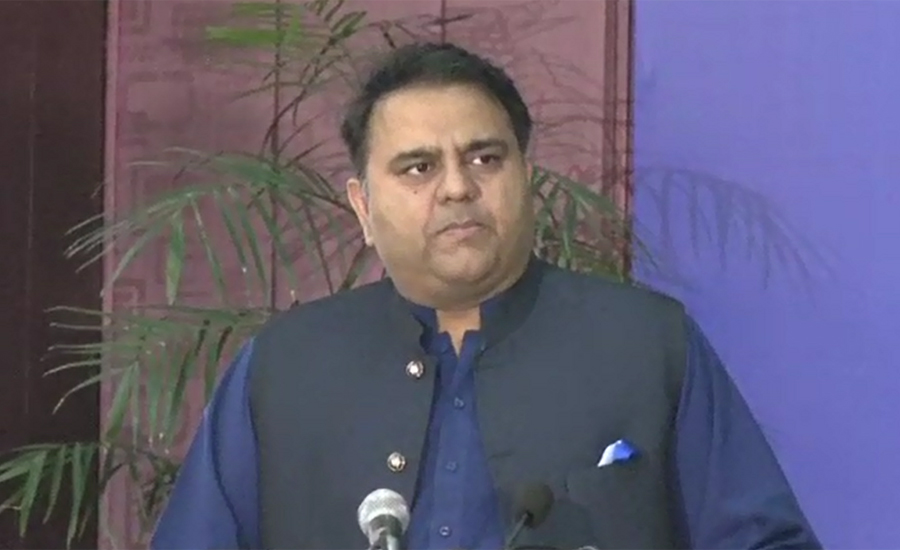 ISLAMABAD (92 News) – Federal Minister for Science and Technology Fawad Ch has advised Shahbaz Gill, the spokesman for Punjab Chief Minister Sardar Usman Buzdar, to follow the model of the Hong Kong police. Reacting to a ban on use of mobile phone by policemen during duty Fawad Ch suggested in a tweet that every policeman should carry a camera on his pocket and every investigation and ‘Naka’ checking must be recorded.

“Moreover, every police station should record the comments of visitors on the application to give a good analysis of that station,” he advised.

Kashmir is now in final stages of independence: Fawad

Earlier, Federal Minister for Science and Technology Fawad Chaudhry on Monday said that Indian Prime Minister has become mad, saying that Kashmir is now in final stages of independence. Addressing the inaugural ceremony of 7th Pak-China Business Forum and Industrial Expo in Lahore, Fawad Chaudhry mentioned that Pakistan is stand with Kashmiris and their freedom struggle will definitely bear fruit. He also said that Indian Occupied Kashmir has been turned into a jail by Modi and now Kashmiri’s independence in the last phases. The federal minister maintained that Muslims in Assam have been stripped of their citizenship and they have started raising voice against Modi as well. “India is facing difficulties due to Modi’s mad policies, economy is deteriorating and the Sikh community is also not willing to stay with India,” he said. Fawad Chaudhry further said Kashmiris have been besieged for 29 days as humanitarian crises have worsened, and the opposition on the other hand is busy in ‘save the father’ campaign. “JUI-F chief Maulana Fazlur Rehman has not held a single rally for Kashmir,” he added. Commenting on the China forum, the minister said that China has always provided support and assistance to Pakistan’s economic and social development. China-Pakistan Economic Corridor (CPEC) Project has transformed the ties between two countries into economic cooperation, he said. “There are vast opportunities of investment in solar power sector in the country,” Fawad said. He invited Chinese investors to establish manufacturing plants of solar power products.