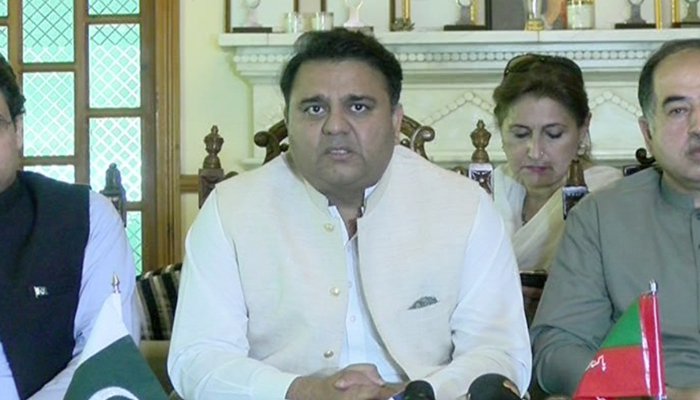 ISLAMABAD (92 News) – PTI spokesman Fawad Chaudhry has asked Reham Khan, former wife of Imran Khan, to either apologize or deny the content of her controversial book within 24 hours. In a statement on Tuesday, he said t hat the content of the book is of low standard. “Raiwind is behind the scheme,” he added. Fawad Ch announced to move court if Reham Khan did not apologize or denied the content. He said that the book is part of pre-poll rigging. “How Rana Sanaullah, Abid Sher Ali and Hanif Abbasi knew the content of the book one and a quarter years ago. The PTI spokesman demanded that the ECP should take notice of the book. He said that they had decided the candidates of Balochistan, Sindh, KPK, FATA and Islamabad. “The Punjab candidates will be decided today and the final list will be announced tomorrow,” he said. In a tweet, Aun Chaudhry said that the objective of Reham Khan’s book is to collect money.