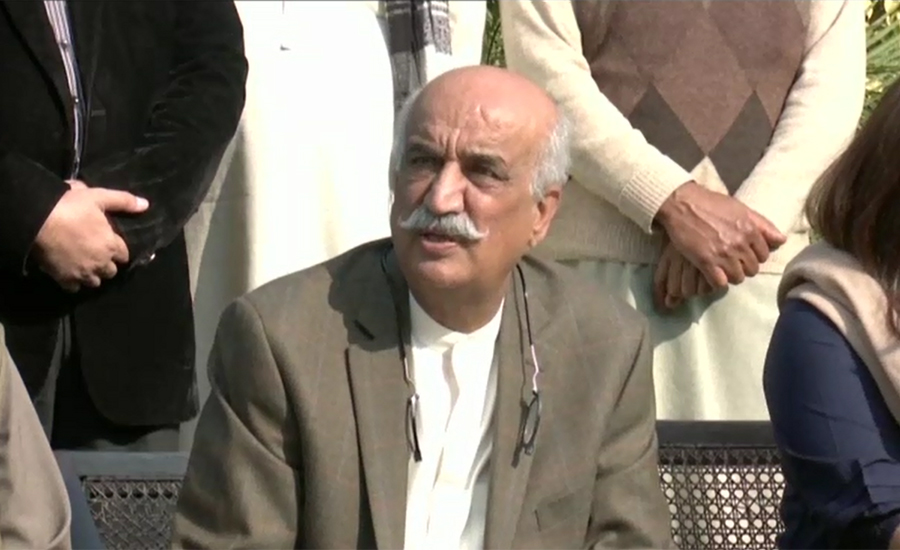 ISLAMABAD (92 News) – Pakistan People’s Party (PPP) leader Khursheed Shah has accused that Minister for Information Fawad Chaudhry is continuously trying to ‘disrupt’ the entire system. Speaking to the journalists, Khursheed Shah said that one person is constantly making statements which do not support the political system. Responding to controversial statement of Fawad Ch about possible end of PPP rule in Sindh, the PPP leader said that if any such step is taken in a single province then whole system will suffer from repercussions. He said, “I hope federal govt will refrain from practicing any unconstitutional step.” He further said that the committee constituted to probe alleged rigging in General Election 2018, will hold its first session tomorrow. On the other hand, Sindh’s minister Nasir Shah dubbed Fawad Chaudhry as ‘Fraud Chaudhry’. On Sunday, Fawad stunned everybody with his statement hinting at and end of Sindh govt in the wake of widespread money laundering through myriad fake accounts.