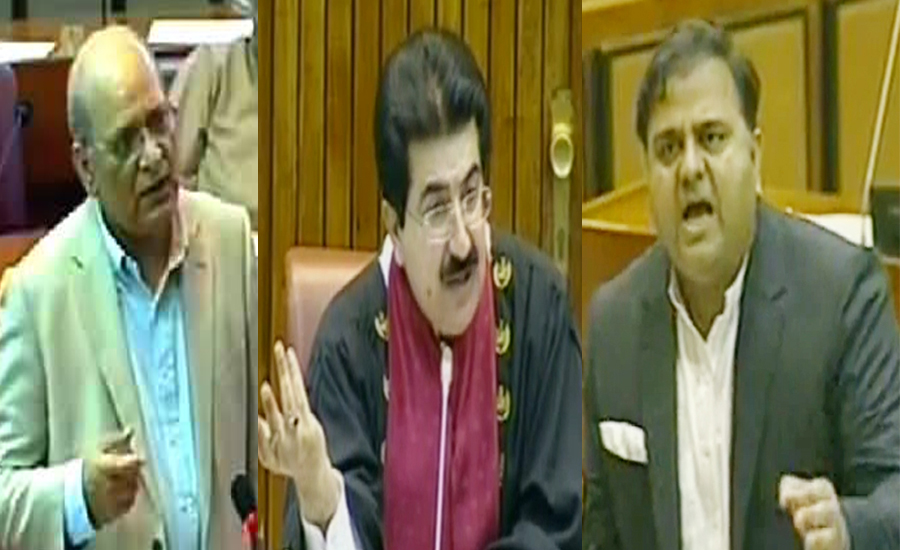 ISLAMABAD (92 News) – Federal Minister for Information and Broadcasting Fawad Chaudhry and PML-N Senator Mushahidullah Khan reached a truce after exchanging hot words during the Senate session on Wednesday. The minister again accused Mushahidullah of getting his brothers appointed in the PIA, causing furore in the House. He said that the entire family of Mushahidullah is in the PIA and they have destroyed it. Mushahidullah retorted that he would resign if the allegations proved against him. He said that there are references against several people, but they have been made the ministers. They continued to level allegations against each other. Later, Senate Chairman Sadiq Sanjrani intervened and made them to reconcile. Later talking to the media outside Senate, Fawad Ch said that the accountability process would continue. “The bureaucrat who does not want to obey the government order should resign,” he declared.