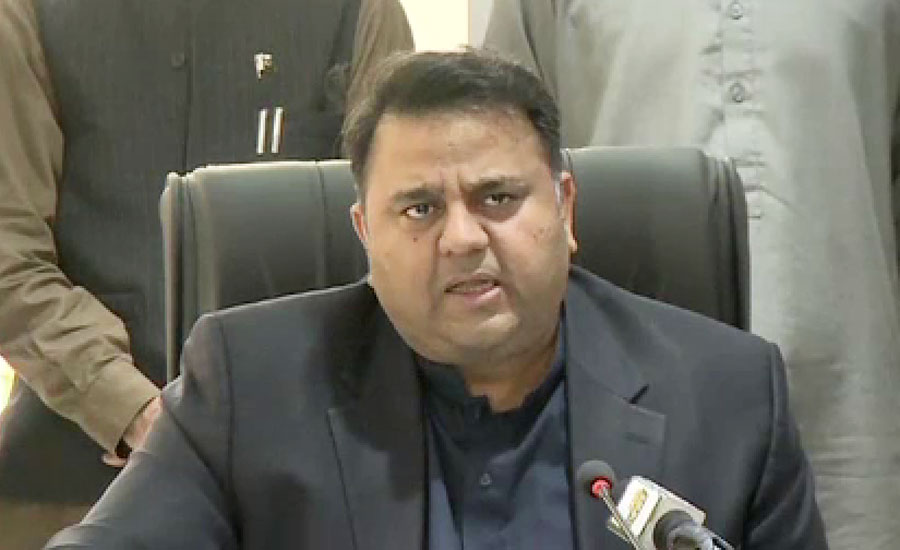 ISLAMABAD (92 News) – Minister for Science and Technology Fawad Chaudhry has once again demanded to remove the Central Ruet-e-Hilal Committee on Thursday. In a statement, the minister said that the EidulFitr would fall on Sunday (May 24) and demanded for abolition of Ruet-e-Hilal Committee. “There is no need for such a committee in this modern era, he said while criticizing the Ruet-e-Hilal Committee. The committee, which is headed by Mufti Muneebur Rehman, wants Eid to fall on Monday, May 25 instead of Sunday,” he said. “I will reveal motives of the committee behind such a move during a press conference tomorrow,” he added. Last year, the minister proposed that a scientific committee should replace the Central Ruet-e-Hilal Committee for sighting of the moon. Last year, Fawad Chaudhry said that his ministry prepared a lunar calendar for the next five years having details from Year 2019 to 2024. Talking to journalists, Fawad Chaudhry said that they had forwarded the calendar to the Council of Islamic Ideology (CII) and sought its recommendations within five days. Fawad Chaudhry said that Pakistan Space and Upper Atmosphere Research Commission (SUPARCO) and Department of Meteorology assisted them in making the Islamic calendar.