Fawad Ch says some political figures should be sent to space 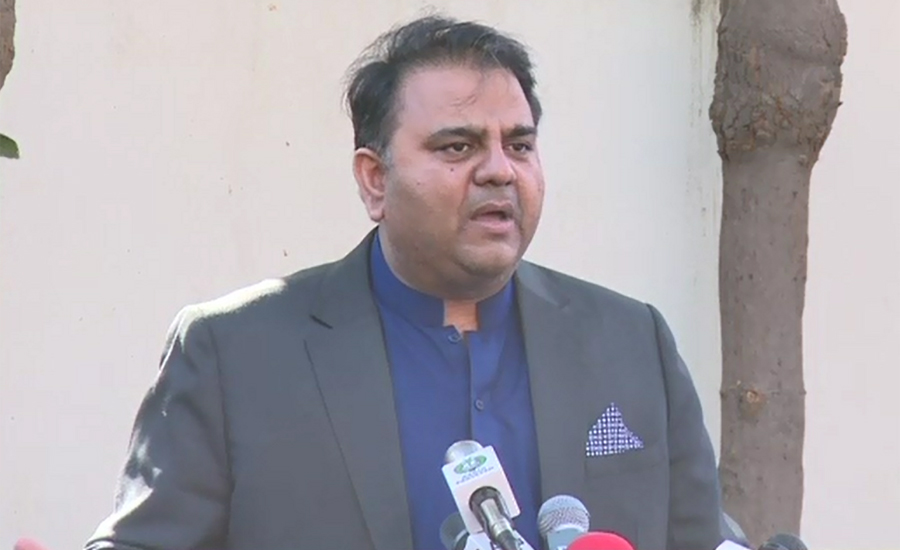 Fawad Ch says some political figures should be sent to space

LAHORE (92 News) – Federal Minister for Information and Broadcasting Fawad Ch has said that some political figures should be sent to space. Talking to the media in Lahore on Monday, he said that they did not need anyone’s certificate in the name of the religion. “The provinces will provide the details of the losses by tonight and the people suffering the losses will be compensated,” he announced. The minister said that the opposition is with the government on national security. “No one will be spared from accountability. All corrupt people will have to return the looted money,” he said. The minister said that the PML-N had used advertisements as bribe. “The people working under the garb of religion have no relation to Islam,” he maintained. The minister claimed that great successes were achieved during the China visit. “China supported Pakistan during the recent visit. A historic agreement has been signed between Pakistan and China,” he said. Fawad Ch said that now Pakistan and China will trade in Chinese currency. “Pakistan’s space program will advance with the cooperation of China,” he added. He said that the PML-N, if could, would have credited the Pak-China tries to Mian Sharif. “We have better relations with the US as compared to the PML-N government,” he said. The minister said that the Islamic world is looking towards Imran Khan for the resolution of problems.